I didn’t expect it to happen, but it did. After being an oatmeal devotee for many years, I have finally grown tired of having it for breakfast. Poor oatmeal is really just a victim of the system, I still like it, but find making it boring. Measuring out the oats, measuring out the water, microwaving… I’ll spare you the details, we all know how to make oatmeal. 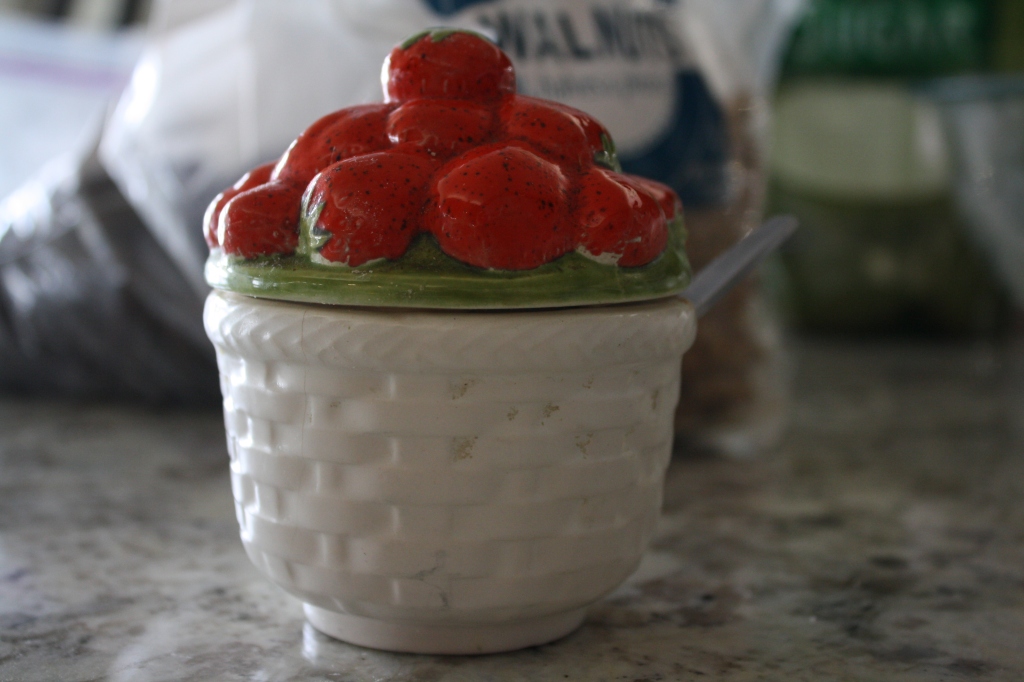 It all started innocently enough, I decided to have pumpkin pie with yogurt for breakfast the day after Thanksgiving. Pumpkin and yogurt, that’s nutrition (if you’ve never heard Bill Cosby’s chocolate cake sketch, you’re missing out)! And it kept me full just as long as my routine oatmeal. Plus, it was pie- for breakfast! It doesn’t get much more exciting than that. I live a life based somewhat in reality though and know that eating pie for breakfast every day, although tempting, sadly isn’t the best choice. So the next day, I returned to oatmeal. It wasn’t pie, but it was fine.

A few days later I had a delicious mom-cooked meal of pasta carbonara. Mom-meals are one of the best perks of visiting at home for a bit. That night, I dreamt of the meal- al dente spaghetti coated in an egg sauce, with bits of pancetta, and our house favorite- plump green peas. The next morning, the leftovers were an obvious choice for breakfast.  It was then, enjoying eggs and pasta for breakfast, that I knew it was time for an oatmeal shake-up. There have been english muffins with orange slices and ricotta, leftover soup and toad in the hole, simple granola and milk, you get the idea.

I got the itch to bake the other morning, and started out to create something I’d feel good about eating for breakfast. I had just finished reading Molly Wizenberg’s excellent book, A Homemade Life, and had been inspired by her passion for food and finding her way. She talks about always following a recipe to a T the first time around, and then she experiments. Despite my best intentions, I quickly managed to turn her Scottish Scones with Crystalized Ginger and Lemon (which sound delicious by the way), into whole wheat cinnamon raisin scones.

They turned out wonderfully, barely sweet, and delicious fresh out of the oven. The whole wheat provides a sturdy crumb, that would hold butter or jam quite nicely. How were they for breakfast? I couldn’t tell you- I took them to my grandmother’s and she was a fan. Turns out they also make a good post lunch snack. Whenever and however you eat them, I hope you enjoy them!

Whole Wheat Cinnamon Raisin Scones
In the spirit of trying new things I encourage you to play around with this recipe, I think it is very adaptable. You can use white flour like the original recipe, swap out the half and half for cream to make them more decadent or buttermilk to make them lighter. Just avoid using 2 cups of regular whole wheat flour, the final result might be too dense. Like most scones, these are best the day they are made. You can freeze them baked, and then revive them in a hot oven or in the microwave wrapped in a damp cloth for a few minutes. Makes 8 smallish scones. Adapted from Molly Wizenberg’s recipe for Scottish Scones in a Homemade Life.

Preheat oven to 425 degrees. In a large bowl, whisk together flour, baking powder, and salt.  Using a pastry blender or your hands, incorporate the butter into the flour mixture, until the mixture resembles a coarse meal and there are no butter lumps left larger than a pea.  Add the sugar, and cinnamon. Whisk to combine. In a small bowl, use a fork to mix together 1/2 cup of half and half and the egg until combined.  Add the egg mixture into the dry ingredients and stir gently with the fork, until a dough starts to form. It won’t take long, and be careful not to over mix. Some flour will remain unincorporated. Use your hands to press the dough together, and turn out onto a lightly floured surface. Gently knead the mess into a uniform dough, as Molly suggests, try to do it less than twelve times. If you overwork the dough, it will lead to tough scones. Press the dough into a 1 inch thick circle, then cut into eight wedges. Brush lightly with some half and half, and place on a parchment lined baking sheet. Bake for 10-14 minutes, or until lightly browned. When done, remove from sheet and cool on a baking rack. Best enjoyed at breakfast, elevensies, lunch, snack, or whenever you wish.