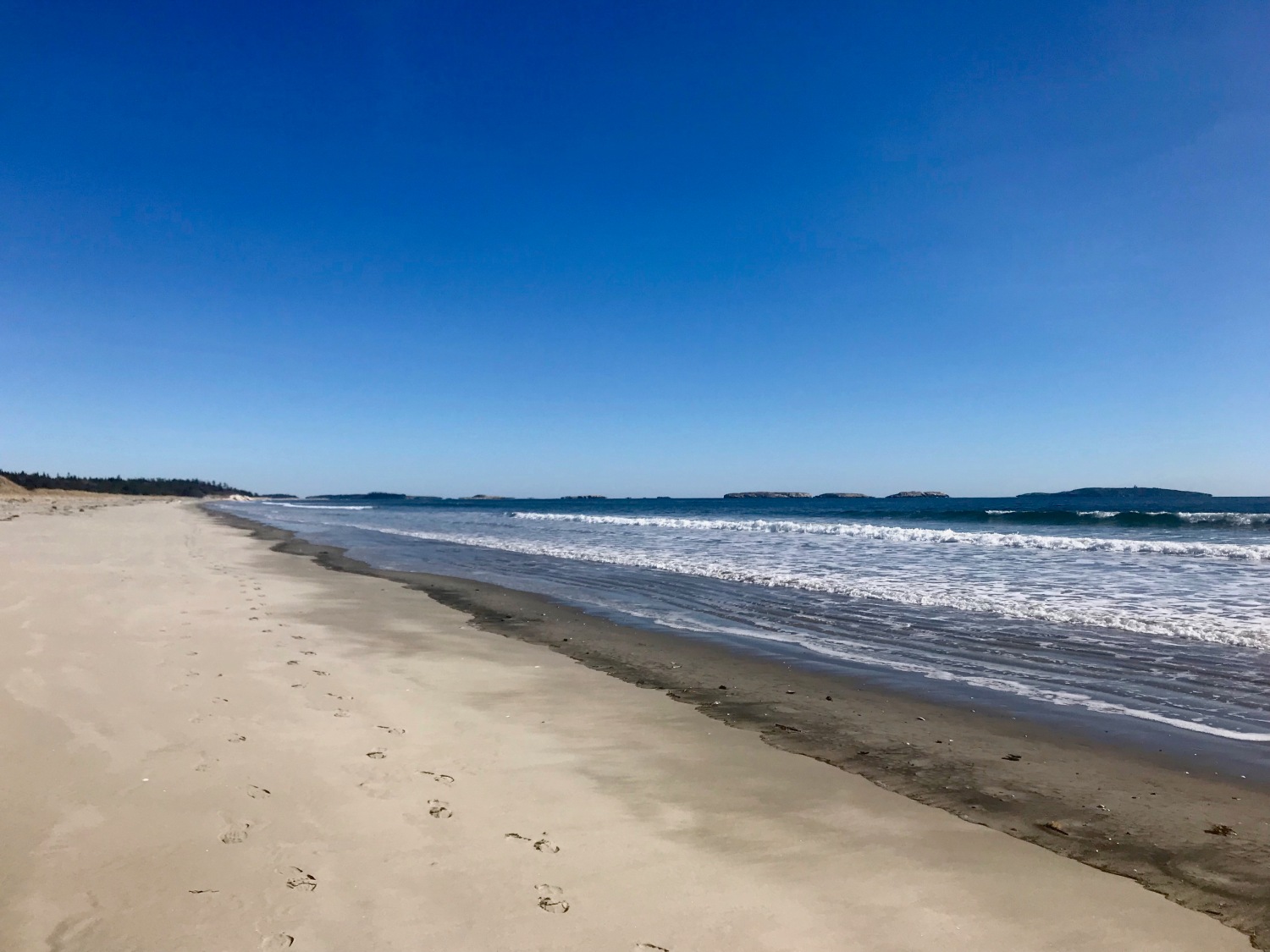 Time can pass quite slowly depending on your circumstances. We’ve been off the CDT for just about a month now. On the trail the weeks passed blissfully slow; and were measured in sunrises and sunsets, how many snacks we had left, the distance between water, and the simple pleasures one experiences by putting one foot in front of the other day after day. There is a comforting rhythm to long-distance hiking, suspending us in time between the mountains and plains we eventually passed through. Fresh out of the woods we often struggle with establishing a rhythm. Everything seems noisy; the sound of traffic on the road, passing conversations, all the electronic bings and chirps coming from opening doors, registers, and cell phones. It can take a while to adjust. 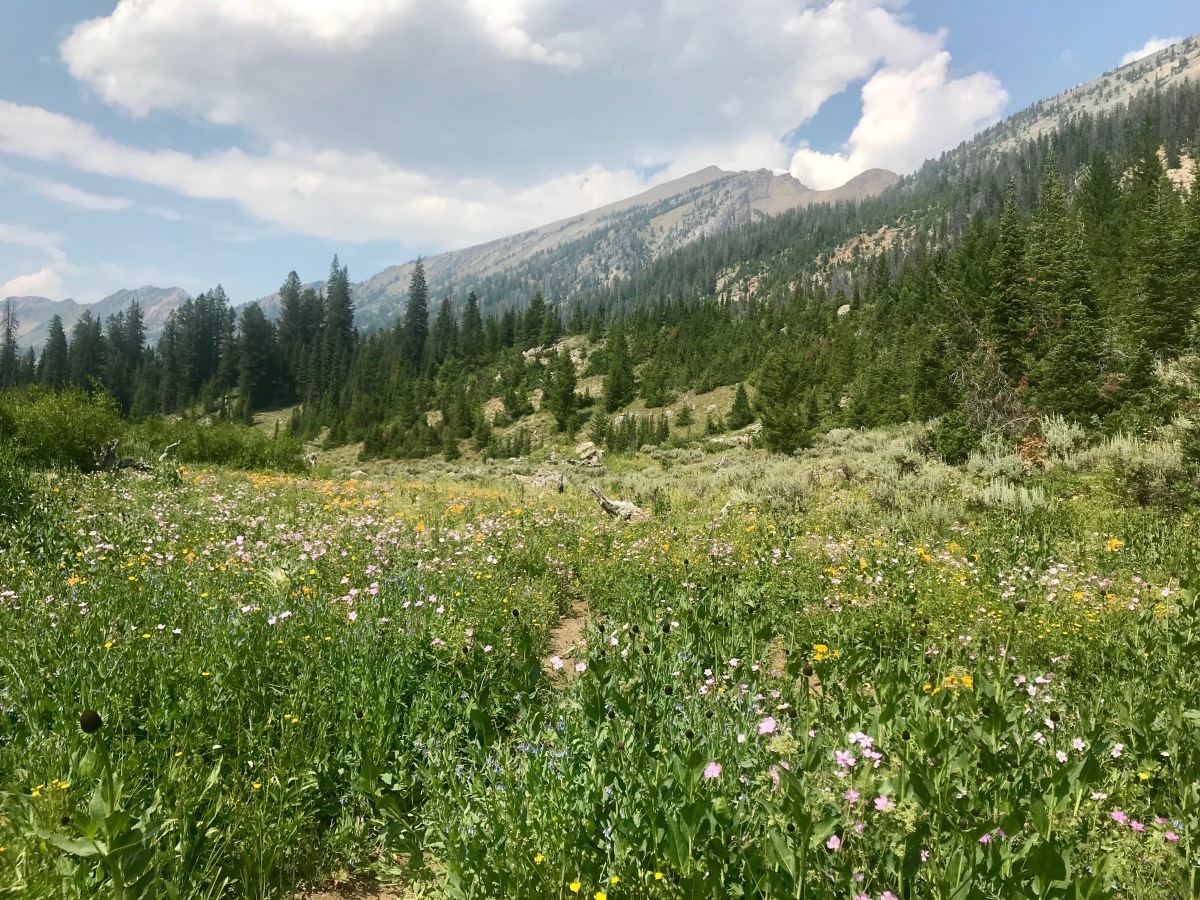 This time despite anticipating leaving the CDT, I don’t think either of us was quite prepared to leave the woods for the season. On our past hikes, there has been a build-up to the last day. 1000 miles left, 500 miles left, 200 miles left, 100 miles left, until eventually you wake up one day and arrive at the defined end of the trail; triumphant in your accomplishment, and perhaps a bit relieved that tomorrow you can take a break from planning how much food you need to make it from Point A to Point B. This time, sitting in Pinedale talking through our options, there hadn’t been that build up of anticipation of finishing the trail. So while we were both confident we made the right decision individually for ourselves (and are so looking forward to what is to come!), we both felt a little like we got kicked out abruptly from the home we’d been living in for the last few months. 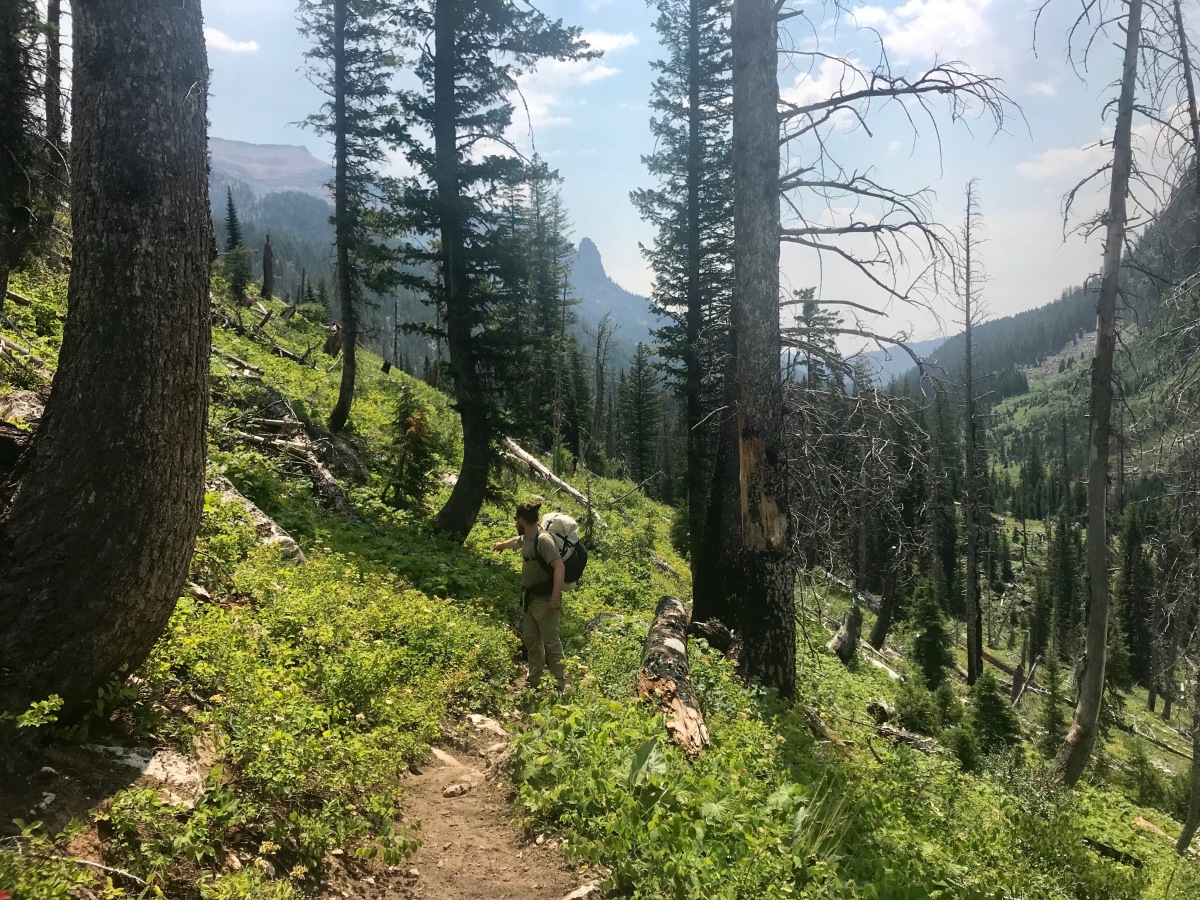 Fortunately, we have another more permanent home to return to, we just had to get there. We took a week in Wyoming to decompress, and do a very relaxed backing loop in the Gros Ventre Wilderness (a victory lap/time to reflect/wilderness therapy trip all rolled into one; more on that in an upcoming post). And then rented a car to drive back to my parents’ in Pittsburgh for a visit and to pick-up our actual car, then drove to Rhode Island to visit Garrett’s family, and then made it back to our home in Maine. We’ve been here for a week and a half now, and are settling into finding a new rhythm for our lives. This is the first time in a very long time that we don’t have a plan. While we were working at The Cafe, that was our plan. Then we decided to get married and hike the PCT, and that became our new plan. From there, we decided that while we were both taking a break from employment for the first time in a long time, we might as well continue traveling and hiking as long as we could, and so we did. All of those plans seemed complete, and while having a baby is definitely part of our upcoming plan, we’re still searching through the puzzle pieces trying to build around being parents. We’re grateful to be in the position where we can take the time to decide what we want to do next, wherever that may take us.

So while we are figuring out our next big plan, we make little plans. Garrett builds baby furniture and takes care of the house. He mows the lawn, and plants radishes and lettuce, and goes on long bike rides to stay in shape. I try my hand at freelance writing. I read about actually delivering this small life growing inside of me and then feeding he or she upon arrival. I go for five-mile walks, and then I come home and take the stairs slower than I ever have and wonder how I managed to walk over twenty miles a day with a pack on not too long ago. And we both cook. People assume because I cooked at The Cafe and Garrett ran the front of the house that I am the cook in the relationship, but Garrett can certainly hold his own in the kitchen (and on the grill!). 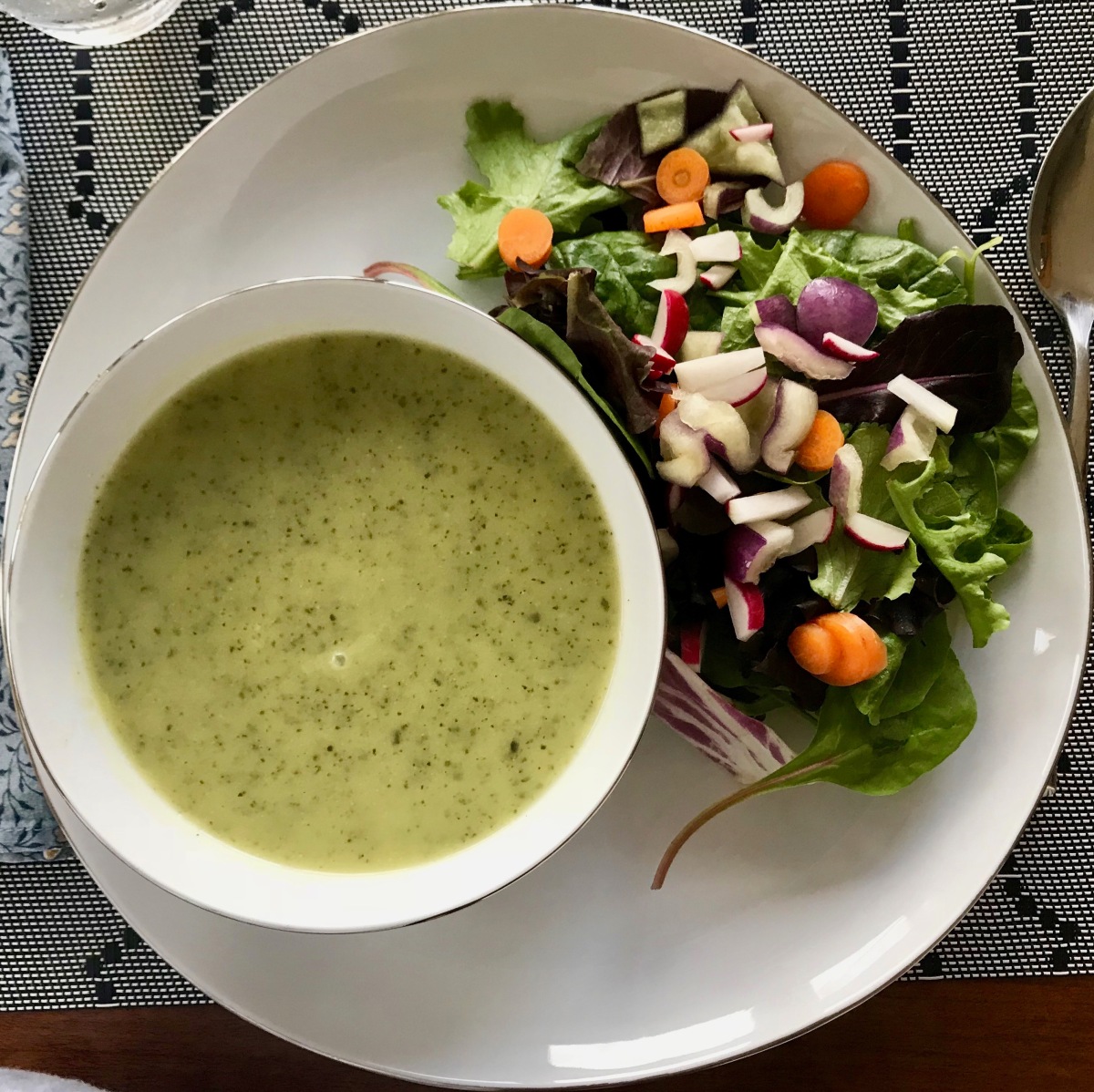 We’ve taken to the kitchen this time back with a particular relish. It’s easy to do so in Maine, we arrived back just in time to catch the summer bounty in full swing. Berries, melons, peppers, summer squash, and herbs; there seems to be no limit to the fresh produce we can eat after months of eating dehydrated foods, bars, and Pop-Tarts. But, my appetite has also been very strange since we’ve been back, and I’ve been having some third-trimester nausea. We’ll sit down to a meal that I’ve been looking forward to, and I’ll get a few bites in, and then I will get that feeling that in a few more bites I will feel sick for the next few hours. That baby must be taking up a lot of room in there!

So I’ve been trying to combat that feeling by eating smaller amounts throughout the day (we’ve gone through three watermelons since we’ve been back), and baking a few items that are crave-worthy but aren’t very sweet (things like ice cream have been making me crash hard an hour or so after I eat them). I’ve returned to one of my favorites, zucchini basil bread adapted from the now-defunct Gourmet magazine, tried another retro recipe revived recently in the New York Times for strawberry shortcakes (the first shortbread recipe I’ve ever made, and the only one I’ll ever make from now on), and I finally took on the blueberry brioche pictured on the front cover of my Huckleberry cookbook that made me buy the book in the first place.

An error in the printed version of Huckleberry had me accidentally double the amount of flour in the recipe (the measurement for flour in cups was correct, but I weigh my flour and the book gave the incorrect weight for 1C and 2TBSP of flour). So I found myself pacing around the kitchen trying to figure out of I should throw out the flour, three eggs, milk, and yeast I had languishing in dry clumps in my stand mixture, or if I should go all in and cross my fingers that it would turn out alright. I had just enough butter to double the recipe (a whopping 2.5 sticks) in the following step, saw it as a sign, and went for broke; hoping that it would all come together in the end. In went more eggs, milk, and yeast, and once the dough looked like it might make it, I slowly added the butter. I had to wait until the next morning for the brioche to sit, three more hours for it to rise, and finally, another hour to bake. As the tell-tale sign of buttery dough started to waft through the house, I peeked into the oven to see two puffy loaves baking away. Upon tasting the bread, Garrett declared that it was one of the best mistakes I’ve ever made, because now we have not one but two delicious loaves of bread. 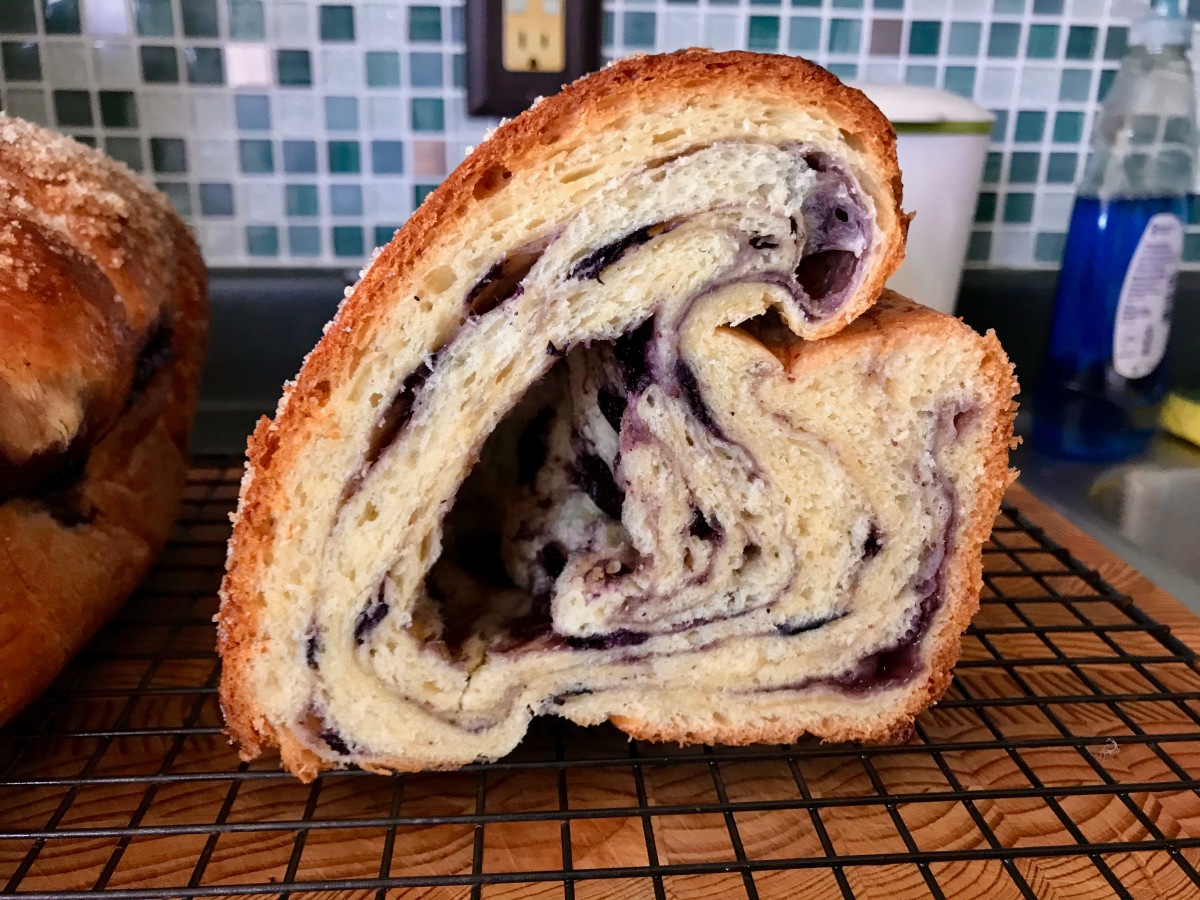 There is no need for me to write out the recipe here, as if you attempt it you should follow the directions of the online recipe exactly; it’s perfect as written. I will leave you with the recipe for that zucchini basil bread instead though! If you ever visited The Cafe, this is the same bread that graced our menu as a frequent summer special with eggs in the morning.

Preheat the oven to 400ºF. Grease a 9×5 loaf pan and set aside. In a small bowl, whisk together 2.5C of all-purpose flour, 1.5tsp salt, 1tsp baking soda, 2tsp baking powder, and 1 tsp ground black pepper. In a large bowl, cream together 4TBSP softened butter and 2TBSP sugar. Whisk in 2 large eggs and half a cup of buttermilk to the butter and sugar. Stir in 2C shredded zucchini and 1C finely chopped basil to the wet ingredients, then mix in the dry ingredients until just combined. Pour into prepared loaf pan, and bake for about 45 minutes, or until loaf is golden brown and a toothpick inserted into the middle comes out clean. Let cool in pan for 15 minutes, and then remove from pan to cool on a rack. This bread keeps well at room temperature for a few days. My favorite ways to eat it are warm out of the oven, toasted with a bit of butter in a pan with an egg on top, or made into a fancy grilled cheese for lunch.