I’m going to come out and say it, I love my cast iron skillet. I’ve been yammering on trying to find a way to start this off, talking about how its so versatile, how when I cook in it I like to imagine myself cooking in it for years to come, etc… but, if I went down that road, I would never talk about what I actually want to talk about, mushrooms! One mushroom in particular…

Well, back to the cast iron for a minute. When I’m cooking a small portion just for me, like frying an egg, I don’t use my skillet because it seems so big and the egg so small. The other day when cleaning out my, “stuff drawer,” I found a stash of partially used gift cards- you know, the ones you used and now only have 8 cents on? I dutifully called all the numbers on the back of the cards to find out my balance, and low and behold, I had a Williams Sonoma gift card for $20ish! That was no mere 8 cents . So I marched right up to that store (really, there is one within 10 minutes from me, lucky much?) and purchased a set of these: 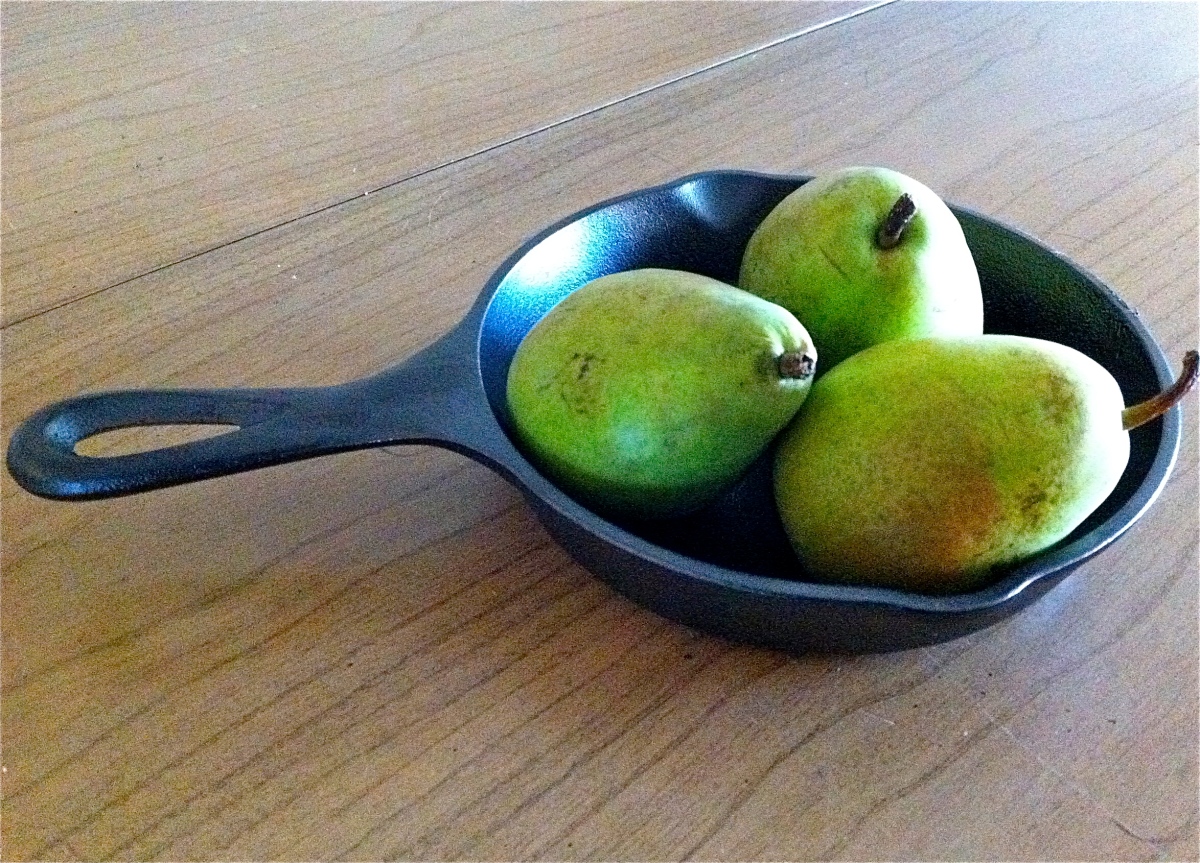 No, those are not abnormally large pears, it’s a 6.5 inch cast iron skillet! I can now cook meals-for-one in cast iron. To celebrate, I’ve been cooking nearly every thing I can in it. Which brings me back to a mushroom, a portabella mushroom to be exact. I had one in my refrigerator, which I had purchased on a whim, and this was a perfect use for the inaugural lunch in my mini-skillet. I cleaned up my mushroom, then scraped out and chopped some of the meaty interior. That got mixed with some feta and a scrambled egg, then was poured back into the mushroom cap. Into the cast iron skillet it went, and then into the oven for 20 minutes. When it came out, it was mushroom-eggy-cheesy goodness. While it’s not the most photogenic, served with a salad it was quite the treat.

Mushroom for One (or two, or three! This recipe can be easy doubled, tripled, etc. Just use a bigger piece of bakeware, like a large cast-iron skillet!)