After breakfast on day 24, we finished the last couple miles to the summit of Mt. Baden Powell (elevation 9399 feet). It went much quicker on fresh morning legs, than it would have the night before. There were great views of the mountains to the west, and the upcoming desert to the east. We also saw snow! After the up, must come a down, and we descended to Islip Saddle. Along the way we past Little Jimmy Spring, and ran back into Jennifer from Kenyon. We had a nice water break, and ate lunch a mile later in Islip Saddle.

After lunch was another climb up to the Eagle’s Roost, and then again back down. As we were just nearing the road, a rattlesnake rattled in the bushes then crossed the trail in front of me. I back peddled and ran into Garrett, and we had a cartoonish sort of collision, which resulted in me toppling over a safe distance from the snake. This time, the rattlesnake continued off the trail a ways, so we were able to quickly pass by and get on with our hike… which brought one more climb, before crossing the road again. At this point, we had to walk on the road for 2.7 miles, as part of a detour. About 3 miles of PCT is closed to protect the Mountain Yellow Legged Frog, an endangered species.

The road walk was hot, and towards the end of it I was getting cranky and hangry. We had hoped to push on to get back on the PCT a few miles later when we left the road, but I felt drained and was ready to stop as soon as we could. At that moment, a car pulled over and asked if we wanted soda and cookies! We of course said yes, and chatted with the couple over a Dr. Pepper, fresh melon, and the promised cookies. It gave me the energy I needed to press on! As a bonus, a couple miles later before we entered the woods again, we saw some people picnicking. They shared more fresh fruit, and soda with us, and we were overjoyed with how generous everyone was! It also satisfied my inner Yogi bear, as I had been eying all the picnic baskets along the way. We made it to the campsite, and ended our day of ups and downs on the upside of things! 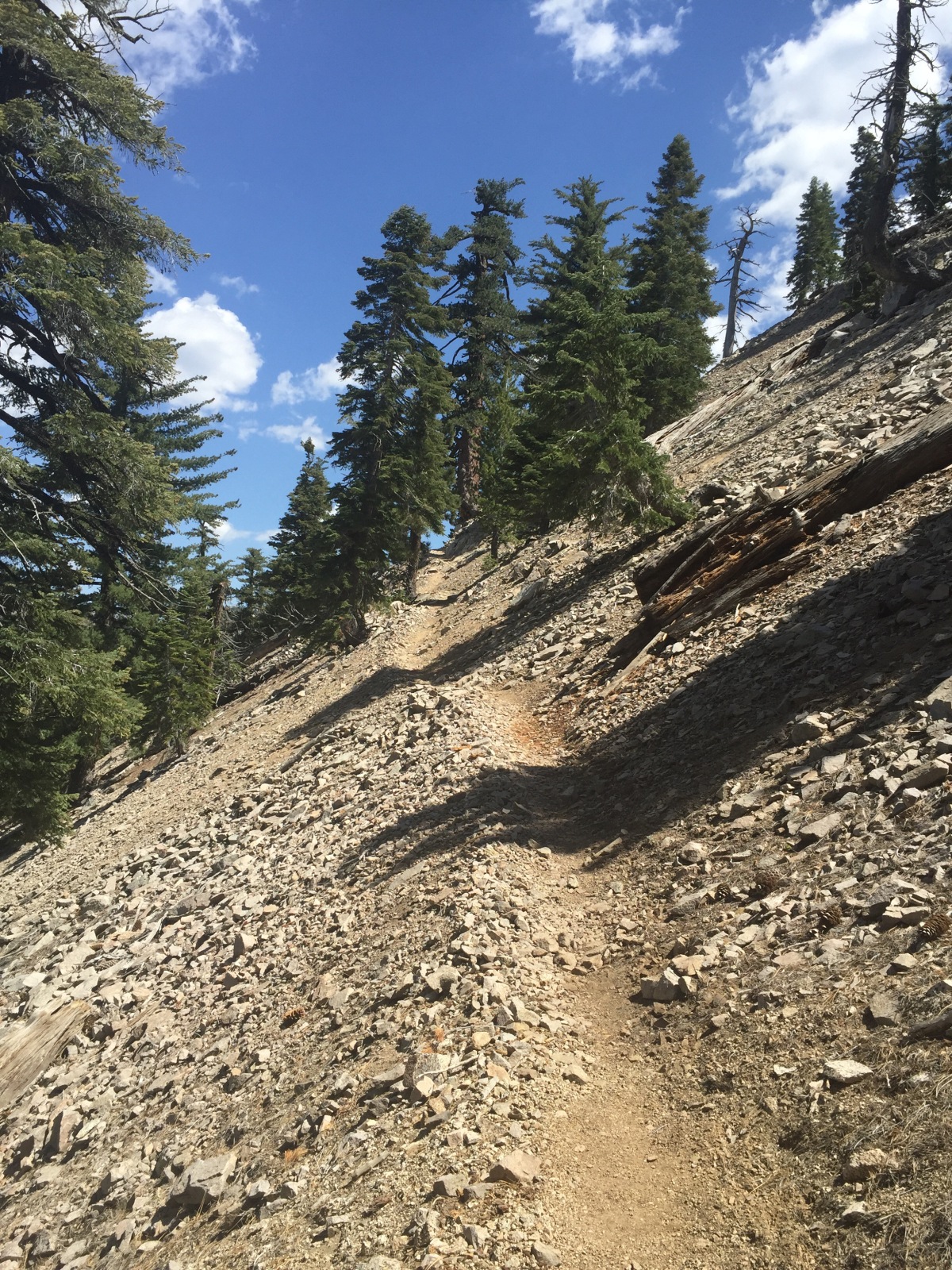 The next day, we were motivated by getting to water! We had a small creek at the campsite, so we filled a bottle to make it 5 miles to the next creek (and crossed the 400 mile marker on the PCT!). After that, it was 18.5 miles to the next sure source of water at the Mill Creek Fire Station. We felt good, filled-up with 4 liters of water each, and set our minds to making it to the station (and hiking our longest day yet)! We found some shade under a large tree mid-day, and took a long break, before polishing off our last 11.5 miles. We made it to the fire station about 6pm, and lazed in the small amount of shade by the water with a bunch of other hikers. It was nice to be with a good group, and meet some new people. We set-up camp in a field by the station, rested-up for the long day ahead, and dreamed of all the lupine we had seen along the way that day.