It rained softly overnight, which helped clean all the dirt off our tent from the last hard rain that splattered mud all over the outside. The rain was so light that our tent was dry in the morning, so it was a win-win. We had breakfast, and I started down the trail before Garrett was ready to go because I started to get cold. We normally hike together, so it’s a bit strange to be apart, but he eventually catches up with me. This time it took him about 4 miles to find me, he caught up when I took a break to look at lodging in Waynesboro. 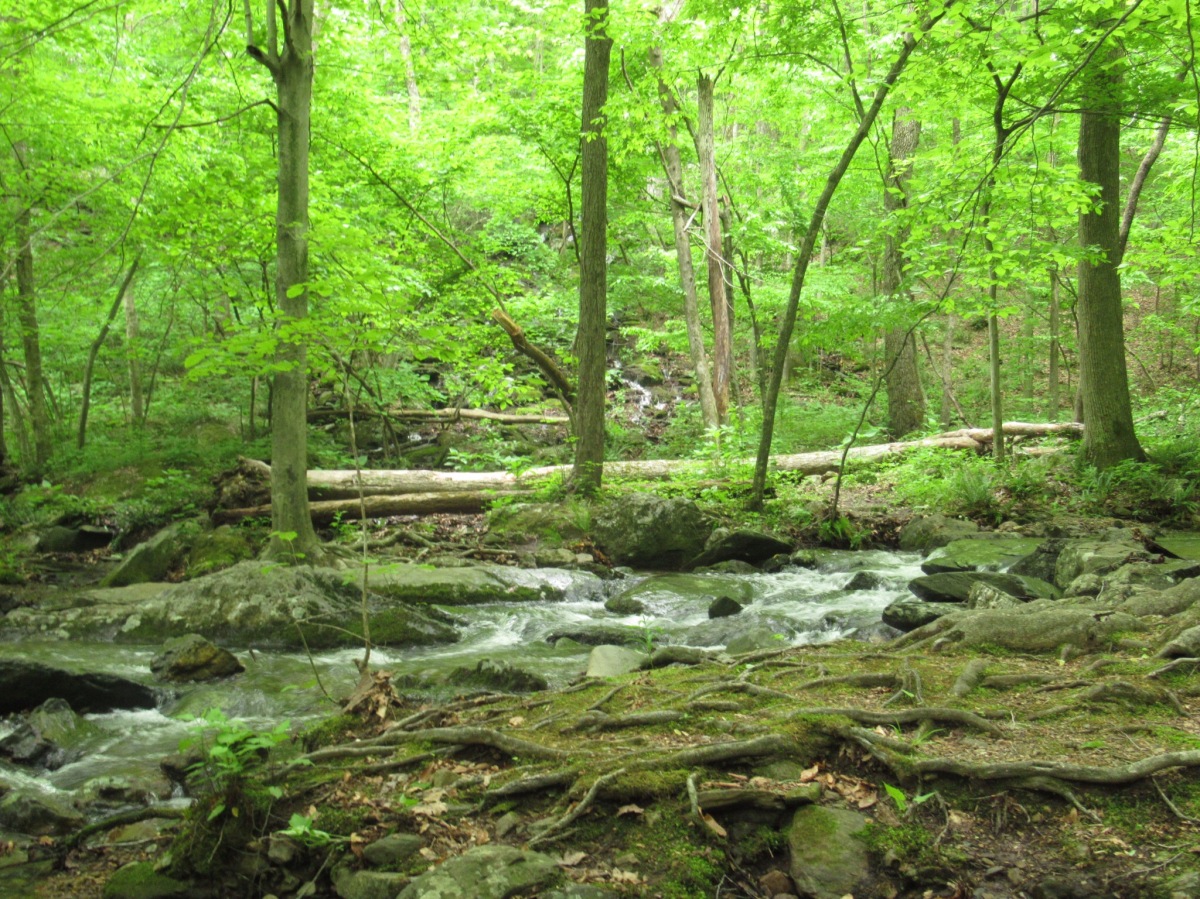 We had to go into town to resupply before Shenandoah National Park, and despite spending three town nights in the past week, we decided it really would be easier to spend the night. We found a good deal at the Quality Inn, and set up our stay for the night. Cell service in the woods never ceases to amaze me.

We had an early lunch around 10am, and then finished the last five miles into town. There was construction at the road we needed to use to hitch into town, with a lane closure, so we walked by the traffic controller to get to a better location to hitch into town. She gave us the stink eye as as we were trying to hitch before that, so we walked a bit past her and got a ride instantly. In town we resupplied, cleaned-up, and then went to the Chinese buffet in town that is a thru-hiked favorite.

The next day the skies were gloomy, but we got a hitch just as it started to rain. It didn’t last long, and we walked quickly all day in an attempt to get to a hut before it started again. In Shenandoah the shelters are called huts, and the picnic areas are called shelters. Sometimes, they have signs pointing to a hut labeled as “shelter.” So they can’t seem to make their minds up, but make no mistake, the Shenandoah huts are nothing more than a three sided building like any regular shelter.

We walked in the mist all day, so we weren’t afforded many views. We saw an American Redstart (the bird featured a two photos before) trying to shake bugs out of the bushes. It seemed not to care about our presence, and we watched it flit around for a few minutes before another hiker came down the trail. We succeeded in making it to Blackrock Hut before the rain, and secured the last two spots in the hut. For the past few weeks we haven’t seen that many hikers, but it seems like we’re passing through a small group of them.

More rain was forecasted for the next day, so we were motivated to start hiking the next morning before seven. While Shenandoah is notable for being a national park, it is also notable for having easily accessible from the trail concessions. This day we benefited from the Loft Mountain Campstore, where we escaped from the cold and drank coffee and Gatorade, and microwaved frozen breakfast sandwiches. Stopping made us realize how cold we were, and we decided to stop at the next hut in six miles to prevent being miserable in the rain. We made it to the hut at noon, and the rain started an hour later. Once it started it didn’t let up, and over the next couple hours three other hikers filtered in. We all ended up taking afternoon naps, while Garrett read. It was a lazy day, and by 5pm the hut had filled with other hikers who hadn’t been as lucky to escape the rain. It was a cozy night in the hut!