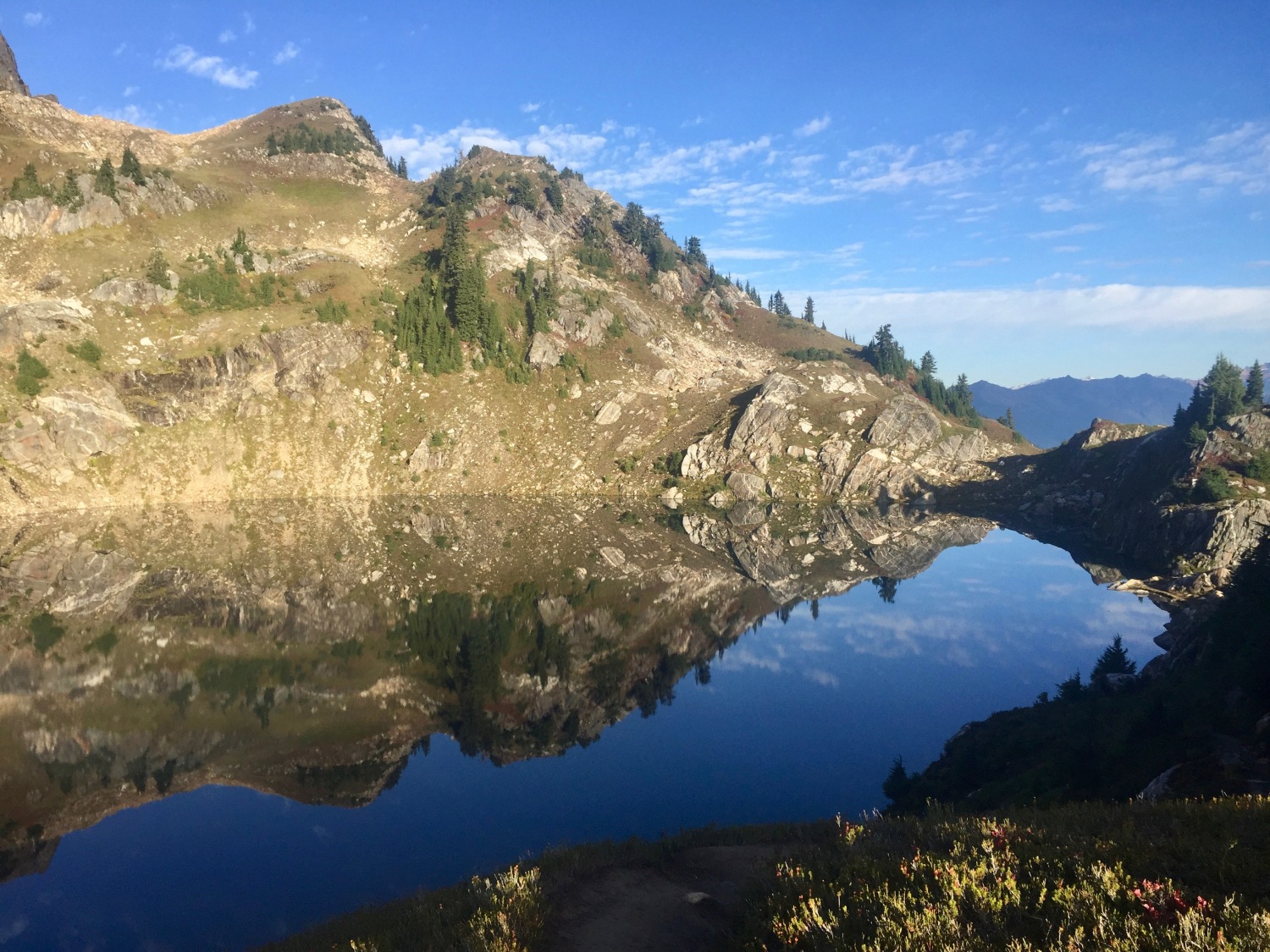 Back in 2016, we hiked from Mexico to Canada along the Pacific Crest Trail. When we arrived at the monument demarking the northbound terminus of the trail, in the slash between the border of the United States and Canada I was elated. 2,650 miles, 4 states, and countless blisters had come and gone. Many hikers describe this moment as bittersweet. So happy to have accomplished your goal, yet sad that the journey has ended. A few miles before the border, we decided that next-up would be the Appalachian Trail. Garrett had hiked it in 2011, and although I was well familiar with the trail from working for the AMC and hiking about 300 miles of it myself, that is no substitution for the whole shebang.

Our first glimpse of the border, the slash in the trees between us.

It rained less than 10% of the days we were on the PCT. The days that it did rain, Garrett would talk about how different the Appalachian Trail was because you can “just duck into a shelter” if it’s raining. This was one of the many PCT vs AT comparisons that would come up, along with, “you can carry less food on the AT,” “you don’t have to worry about water on the AT,” “you don’t have to send maildrops on AT,” “when it rains on the AT it’s a warm rain,” and so on. We contemplated the Continental Divide Trail next so that Garrett could “Triple Crown” (the title bestowed to those who have hiked the PCT, AT, & CDT), but he said he’d rather Triple Crown with me than not at all. Plus, as much as I loved the PCT, the dessert had taken a beating on me. Garrett had lost a lot of body fat. And, we thought maybe a trail with a better-known tread would be a nice reprieve instead of tackling the CDT where the motto is “embrace the brutality.” 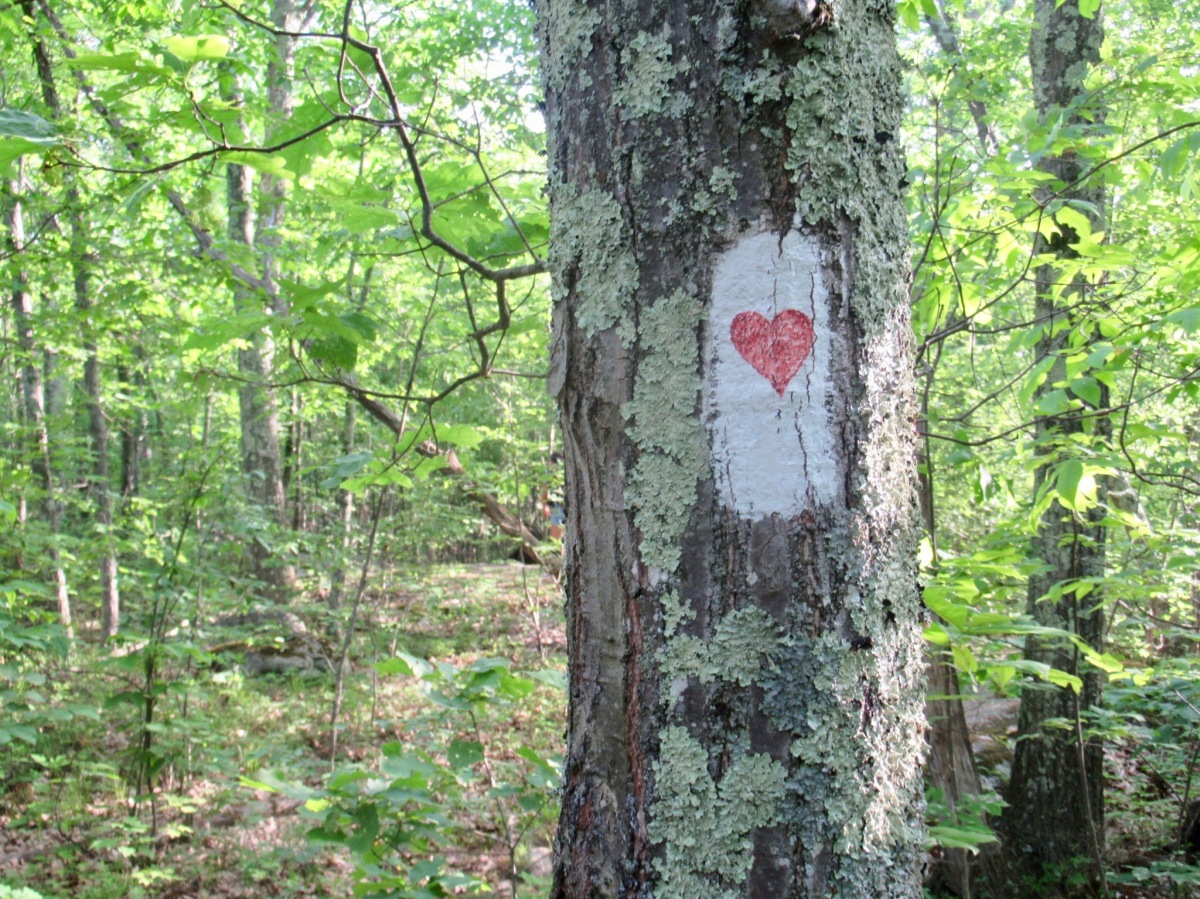 The AT is known for being a little less… brutal.

So we set out to hike the AT in March of 2017. When we planned to hike the PCT the year before we bought Yogi’s Guide to the PCT. We meticulously planned out maildrops of food and supplies. We made 30lbs of trail mix. While we had a lot of the gear we needed, we researched sleeping bags, trail runners, and water filters. I bought a pair of gaiters with foxes on them. We signed up for permits. We booked airfare to San Diego and convinced my brother to drive down from Los Angeles to take us to the trail (thanks, Bud!).

For the AT we did hardly any planning, except for buying AWOL’s AT Guide for information on where shelters, water, and towns were along the trail. I bought a new ultralight backpack, air mattress, puffy jacket, and raincoat. I decided that hiking in Chacos sandals would be an excellent idea (spoiler alert: it wasn’t). Garrett bought a new pair of shoes and decided he was good. We just kept an eye on the weather in Georgia and during the second week of March picked the first day of spring to begin. We rented a car and drove to Georgia, then we hiked back home to Maine so that I could see how the PCT and AT differed for myself.

The short answer is that the two trails are very, very, different. If you want the long answer…

We knew that the AT would have more people on it, but I don’t think we were prepared for just how many. Since Garrett hiked it in 2011 the number of people starting the AT in a year has nearly doubled. Coming off the PCT five months before and staying in shape while we were gone, we didn’t have to adjust to the trail and get our legs. We just started hiking. With California being 1,689 miles long on the PCT, it felt like we were flying through the southern Appalachians. By the time we arrived in Virginia, we had hiked through three states in 460 miles. 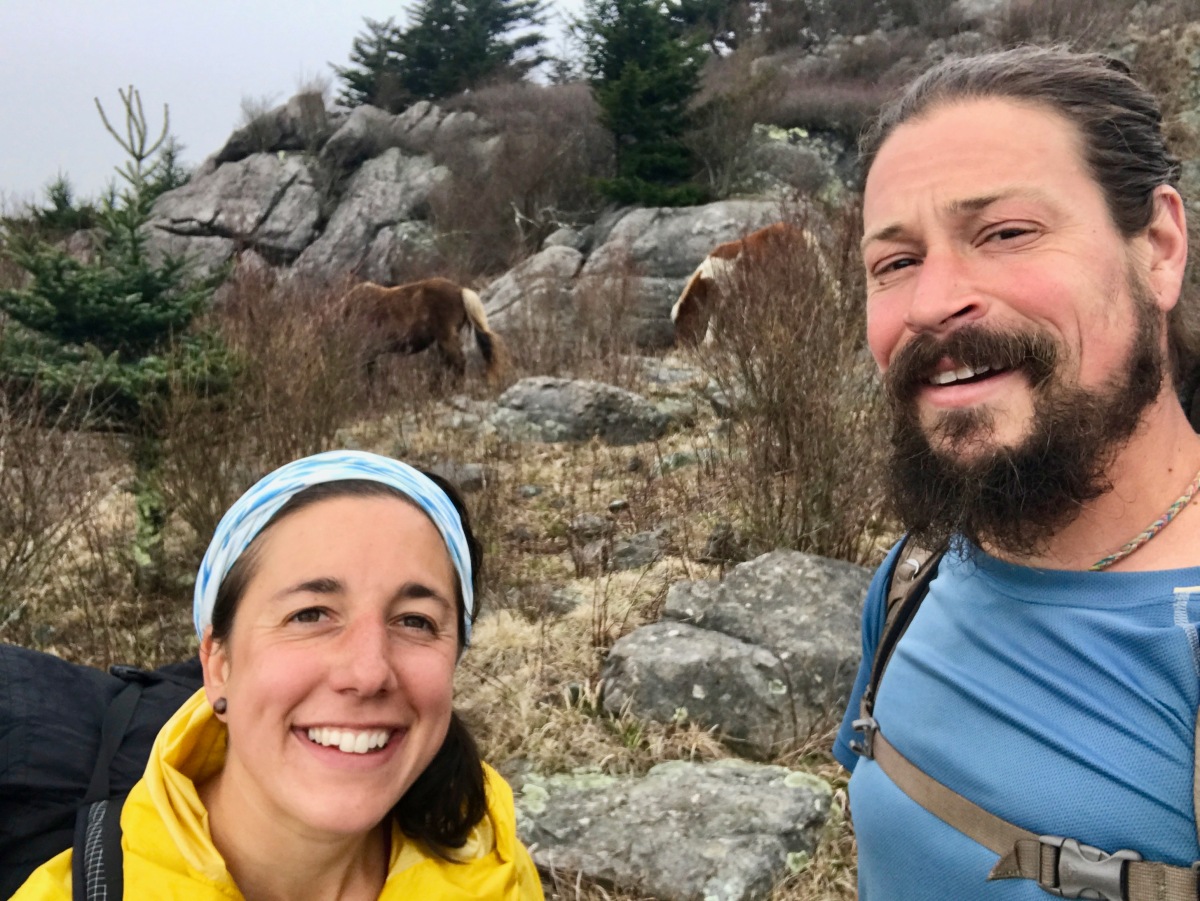 Oh, and there were ponies!

Where we had 20-mile dry stretches or longer at times on the PCT, water was not an issue on the AT. If anything, we “suffered” from too much! It rained 60% of the days we were on the trail. and for the most part, the rain was NOT WARM. Shelters were available if it was raining, but at the beginning, they were mostly packed full of other hikers trying to also escape the rain. Plus stopping when you are wet and cold, unless you’re planning to crawl into your sleeping bag for the day, just makes you colder. It’s better to hike to stay warm.  We didn’t have to carry nearly as much food on the AT, but we also found we missed the experience of being out in the backcountry for a week or more at a time.

A frequent question people ask us is which trail is easier. I even asked Garrett that question when we finished the PCT. Now that I’ve hiked the AT I understand how it’s a question without an answer. When we started the AT I thought it was easier for me. I like climbing mountains. I wasn’t plagued by blisters like I was the first 700 miles of the PCT. But as the miles went on they began to wear on me mentally. The rain got to me. Then there was a heatwave. And there were ticks… so many ticks. I try not to complain when I’m hiking; after all, it is my choice and my choice alone to be out there, and I feel incredibly fortunate to be able to make that choice. Yet, things I could shake off on past backpacking trips seemed to linger on the AT.

I found more inspiration on the PCT to keep me mentally strong. The terrain was less familiar, and the experience of attempting a thru-hike was still new. Despite the relentless sun and heat in parts of the desert on the PCT, I never lost my will to hike. On the AT I had a moment where I decided after the AT I’d never want to backpack again… like, never. And that was before my black-eye when I tripped and fell into a tree root in New Hampshire, and a possible stress fracture in Maine. They may call me Tuff Broad, but seriously… can’t a girl get a break?

Climbing up the col leading to the summit of Middle Teton.

But we are Tuff Broad and Bear Sweatz, and we find it hard not to go hiking. After we completed the AT in July, we took a road-trip out west to enjoy the last bit of summer. We backpacked a couple off-trail routes in Wyoming. First the Middle Teton, which was thrilling and peaceful, and reminded me of my awe of mountains. Afterwards, we drove south to the Wind River Range for a five-night trip. We didn’t see anyone for nearly two days. I fell in love with backpacking again (it really didn’t take that long, a month had passed since we were off the AT), despite a stinging hail storm. We hiked a bit of the Continental Divide Trail in the Wind River Range, and it was there on the CDT that we decided we had to come back, and soon.

So, here we are. About seven weeks from starting our second trek from Mexico to Canada, this time following the Continental Divide instead of the Pacific Crest and I’m looking forward to seeing what the journey has in store for us.