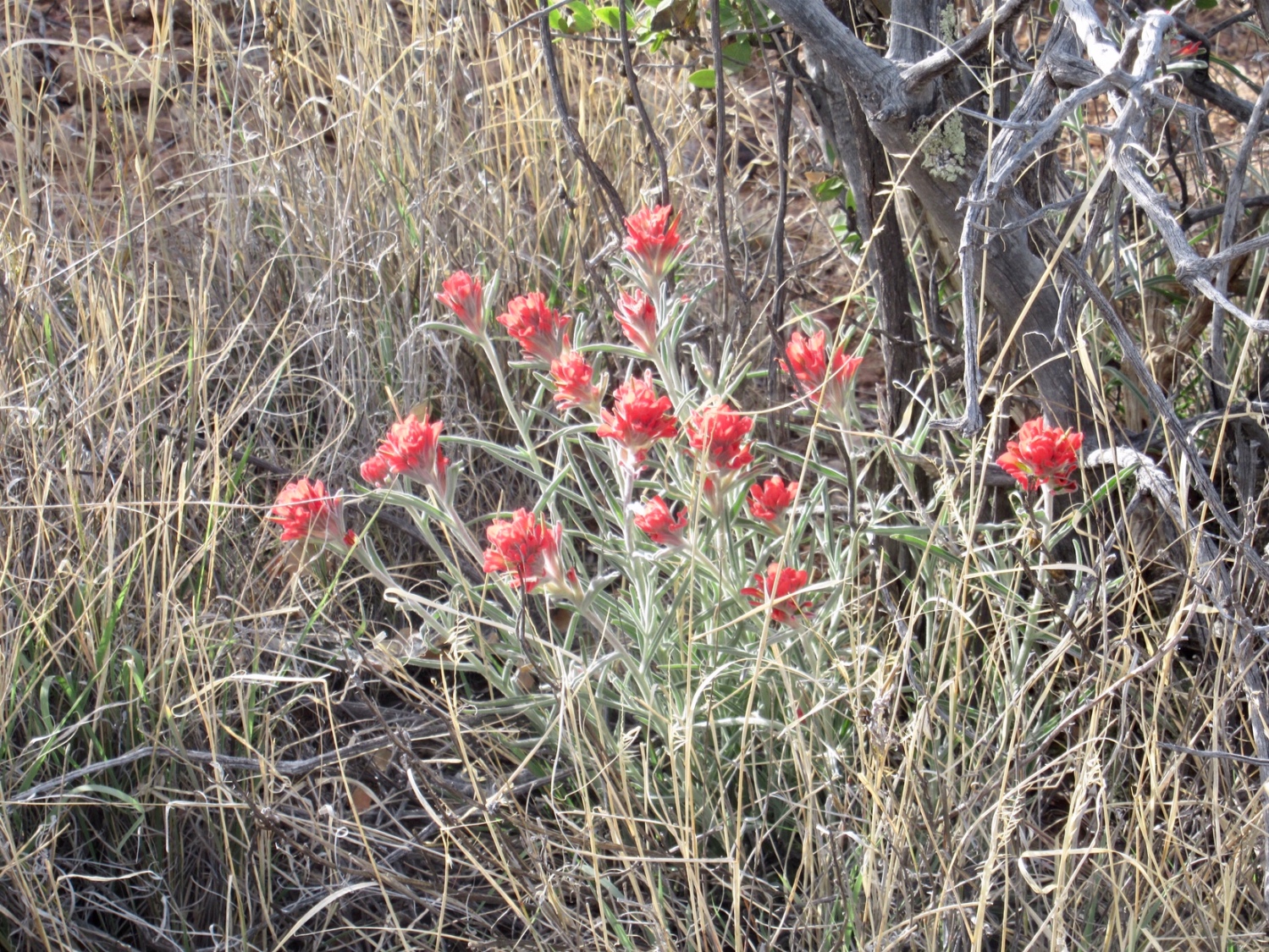 For breakfast this morning I decided to try something new and mixed a vanilla protein shake with instant coffee and hot water. It sounded like a good idea, but it was really gross. I managed to get most of it down as to not to waste it, but then felt really nauseous for the rest of the morning. This isn’t the first time I’ve eaten something kinda gross hiking, sometimes dinners don’t turn out the way I’d hope they would, but normally they don’t upset my stomach this much.

This hike isn’t like the other hikes though, for one main reason: I’m pregnant! We didn’t plan to combine hiking and pregnancy at the same time, but with a couple weeks before we left and our bags packed, we were surprise to learn that we would be expecting a baby in November. We’d hoped to get pregnant over the winter, but when that didn’t happen we decided to put-it off a few more months and hike the CDT.

Our main concern was if it would be safe for the growing baby and me to continue with the hike, and while there isn’t a lot of information about hiking while pregnant, elite athletes often continue to train during their pregnancies. My health care provider confirmed our suspicions, and together we set up a plan for me to get some prenatal care during my first two trimesters along the trial. I found clinics and medical centers in trail towns that would agree to see me for check-ups and the appropriate sonograms.

I didn’t feel great during the first few weeks, and suffered from nausea and tiredness, but by the time we left I was starting to feel better. One of my biggest concerns is staying hydrated on the trail, and by carrying a lighter pack I’ve found I can comfortably carry the amount of water I need. My diet on the trail tends to be high in protein, and relatively healthy, but I’ve added prenatal vitamins and DHA to the mix to make sure the baby isn’t missing out on any nutrients. I gained about five pounds before I left, to help offset some of the weight I’ll loose by hiking.

And all thru-hikers have trail names, so we named the baby Piglet; since Piglet is adorable, and he or she makes me very hungry.

So, this nausea on the trail was not just due to me not liking a drink, apparently Piglet wasn’t that fond of it either. Hopefully I haven’t entered the food-aversion part of pregnancy yet; and if I have, I hope I don’t get nauseated from Pop-Tarts. I love me some Pop-Tarts. I know I said I eat healthy on the trail, Pop-Tarts one of the few exceptions!

The nausea subsided mid-morning, and the 20 mile water carry wasn’t that bad. We found a few clear puddles from an intermittent steam to drink a little extra. Towards the end of the day we came to a road with CDT markers leading into the woods, but our maps said the CDT follows the road. We reached the CDT to nowhere. The CDT will eventually extend into the woods and connect with the trail further north, but for now it just dead ends in the woods. Instead, now it follows a dirt and sand road up a canyon to the highway. We continued into the canyon, and found crystal clear water in the Saddle Rock Riparian Area. We had planed to hike three miles more, but it was such a nice area we camped just outside the area on soft sand. It was one of the more comfortable campsites we’ve had all trip, and I quickly fell asleep. 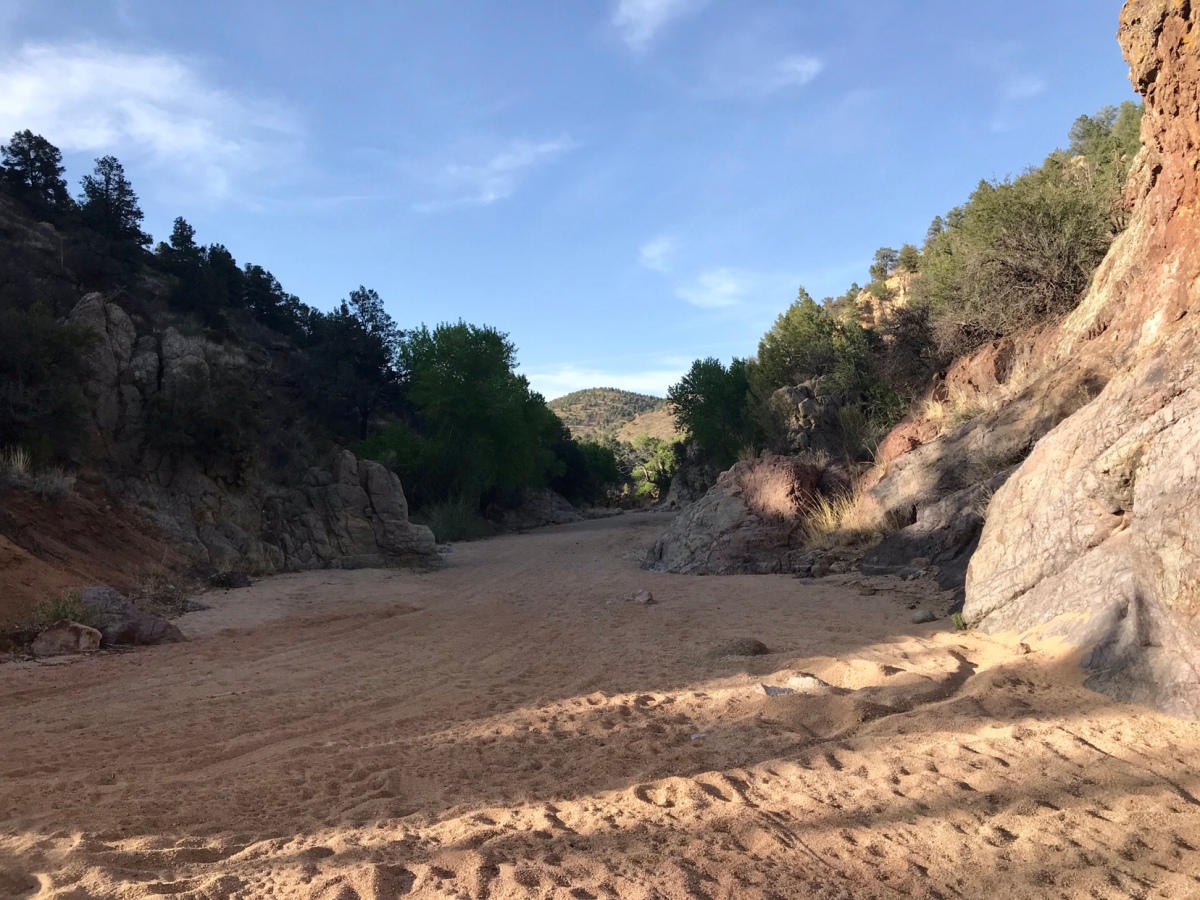