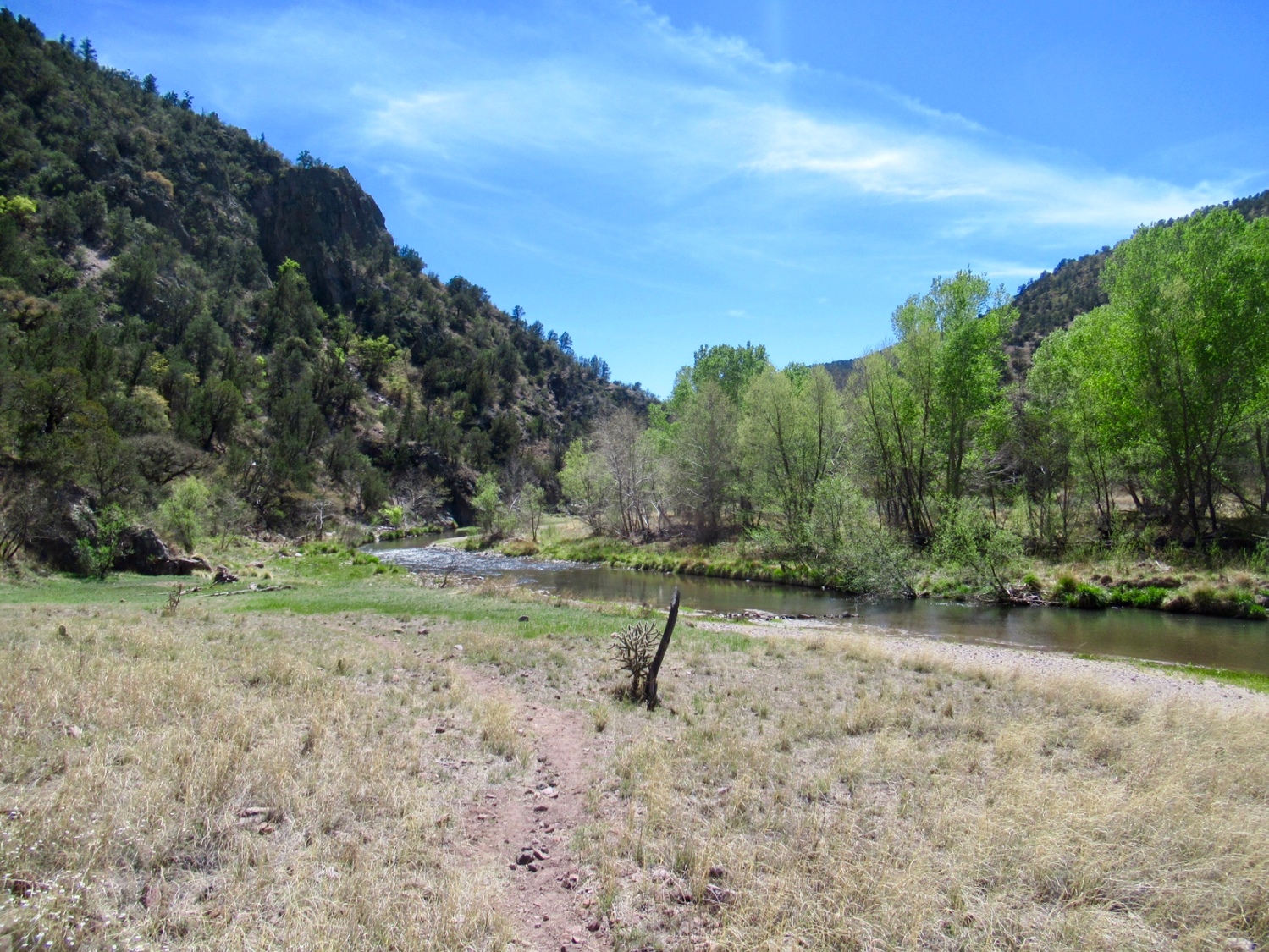 It was a chilly morning as we broke down camp, and stayed that way for awhile. The trail was rough and in the shade, so it was hard to warm up. Across the valley I could see a sun soaked mountain side, and I begged my legs to hurry up so that I too could be soaked in sun. We eventually made it to the beams, and the temperature quickly warmed to tolerable. I still kept my gloves on though, it’s hard to get those fingers warm!

We saw a lot of people compared to other days on the trail so far. We met two turkey hunters on an ATV as we followed a forest service road, and then began a series of switchbacks on trail to bring us down to the Gila River. There, we watched a group of four people and eight dogs fishing in the Gila River. That’s a 2:1 dog to people ratio! The people were fishing, the dogs were frolicking in the shallow water. We ate our lunch by the river, and I continued to be amused by the dogs. Twenty Two joined us for lunch, and we enjoyed speaking with him again. He’s is just out here for another week or so, and we’ll miss him when he is gone.

After that, it was into the Gila River, quite literally as over the next few days this section of trail crosses the river over 100 times, that’s at least every half mile or so. After going through such a dry stretch, we were excited for water. It was clear, but not too cold, and everything we’d hoped for. The crossings weren’t too difficult, although some came up to my waist. The current was never strong, and it was a refreshing way to cool off from the heat of the day. Because there are so many crossings, it’s a waste of time to remove your shoes before each one, so we kept ours on and didn’t mind having wet feet.

Because there are so many river crossings, the trail occasionally disappeared, and we found ourselves walking cross-country across dry fields. How these fields can be so dry with the river so close, I have no idea.

We crossed the river one final time for the day, and found a secluded spot in the trees near the river to camp. We hung out wet socks and shoes out to dry, but it doesn’t make much of a difference if they do or not because tomorrow we’ll be submerging them in the cool waters of the Gila sooner than later.