We woke up on the shore of Lake Aloha, and enjoyed our breakfast by the water. We walked past many lakes in the Desolation Wilderness on our way up to the ridge. 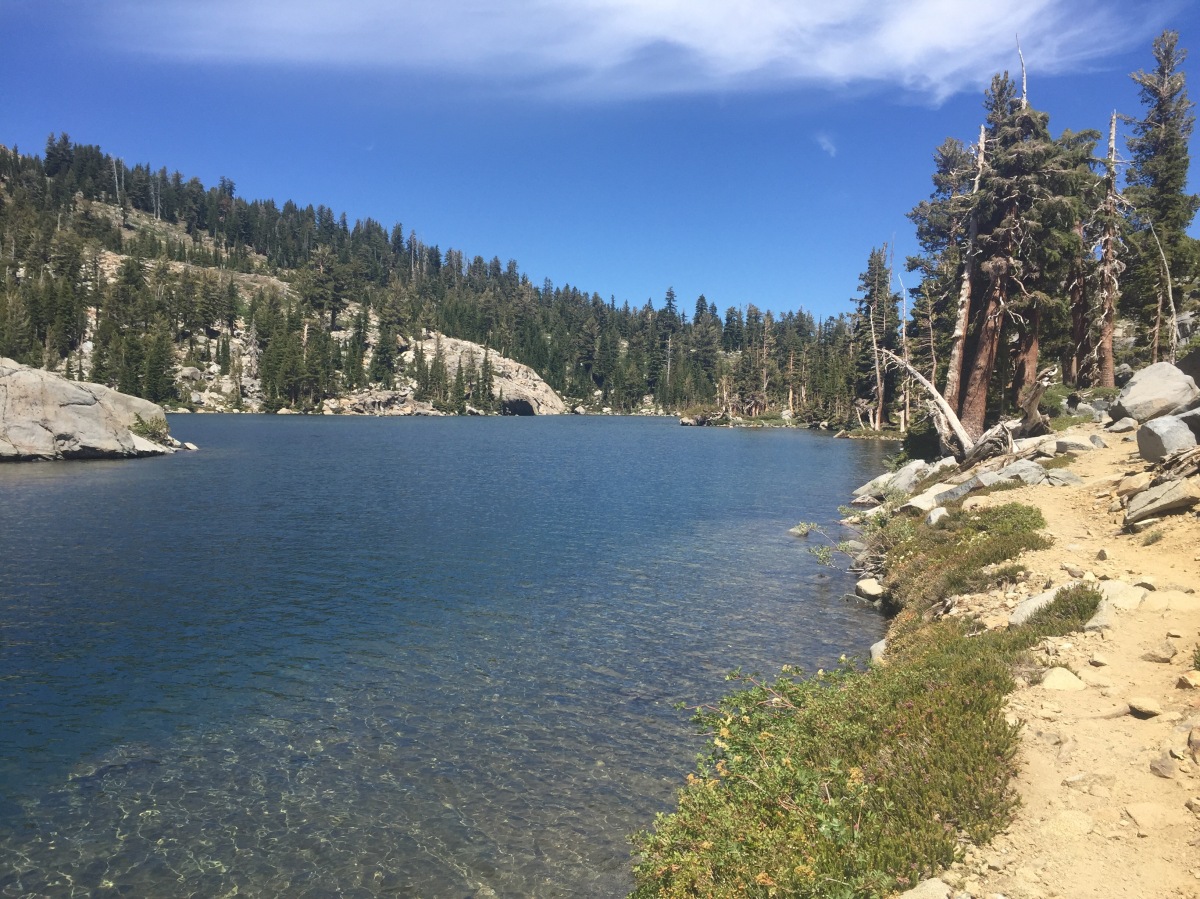 On the way down we ran into a day hiker who had a bag of Starburst candies for PCTers, and gave each of us a pack. We ate our candies on the way down like little kids, and continued on for a few more miles before lunch. After that, the trail became quite wooded and we lost all of our views, but it was pretty nonetheless. 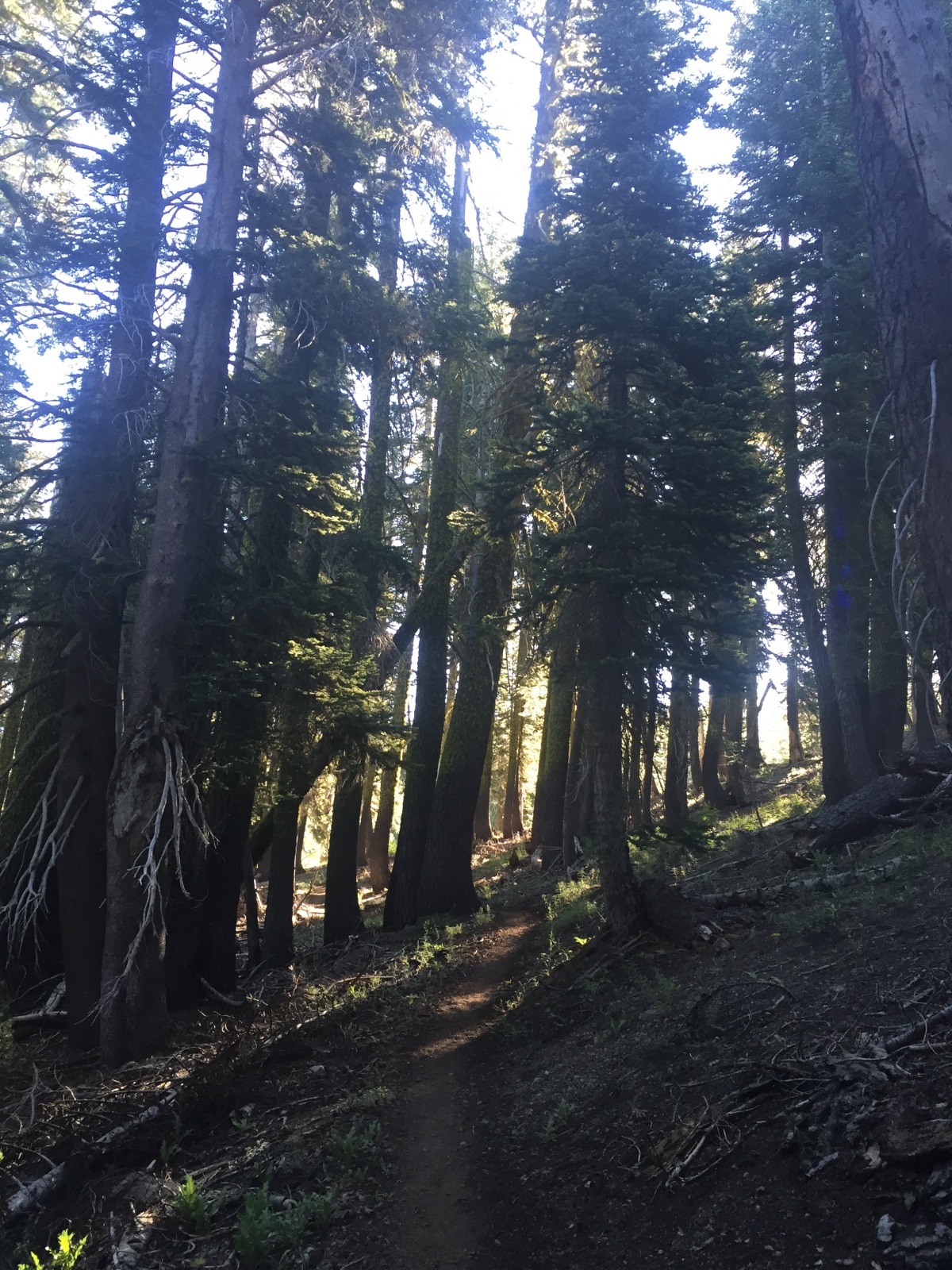 We ate dinner by Lake Richardson, and luckily it wasn’t too buggy. We continued on a few more miles, and set up camp near a small stream (and a lot of mosquitos).

The next day we managed to be free from the bugs as we broke down our camp and started the day. Soon after we started we heard a few loud noises, and were surprised to spot a bear and her cub through the trees. They were trying to break into a dead log, for what we assume was a bug breakfast. Garrett yelled, “look, there is a bear!” and then they ran off out of view. We climbed up to Barker Pass, and caught our first look of Lake Tahoe.

We remained on a ridge, and kept spotting the lake throughout the day. Mid-afternoon we dropped into a valley, only to climb back up again to find ourselves under the ski lifts at Squaw Valley. We found a nice spot with a view of the lake for dinner, then continued on three miles to make camp.

We had an easy morning, as the trail was mostly downhill to Route 40. We had great views of the surrounding areas on the ridge, before descending to the road where we walked a tenth of a mile to Donner Ski Ranch. 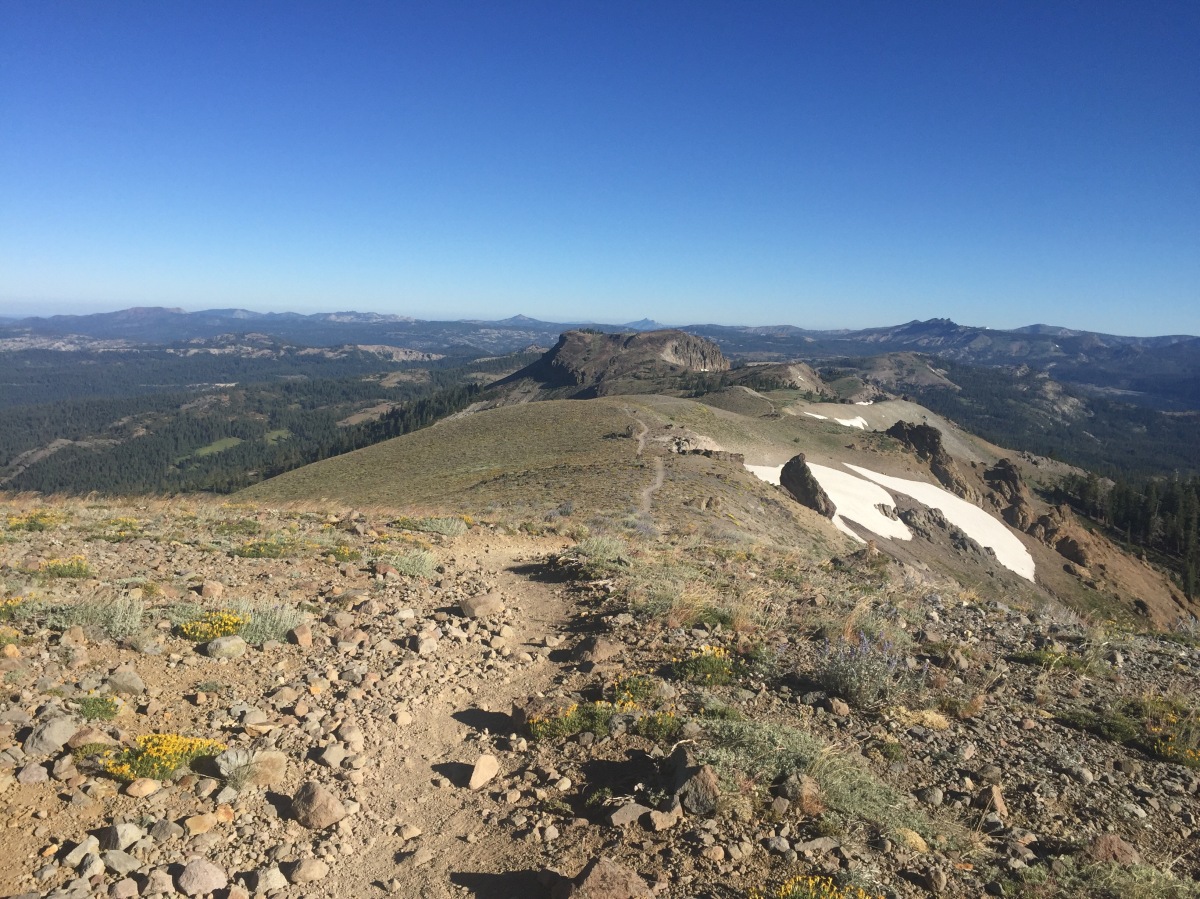 They give one free beer to PCTers; the bartender only had to take one look at us before pulling out two cold Sierra Nevada Nooners, cracking them open, and welcoming us in. It was 11:15am on a Sunday, perhaps a bit early for a Nooner or any beer, but it sure tasted good! We ordered lunch (my now usual garden burger & G’s burger, and we split mozzarella sticks), and enjoyed conversation with the other thru-hikers who filtered in.

My friend Johannes lives in Truckee, which wasn’t far from The Ranch. He thought he’d be out of town when we passed by, so we had tentative plans to meet up in Sierra City a few days later. I texted him to let him know we where on schedule, and to my surprise he called right back and said he got back to town earlier than expected. We made plans to meet him at the I-80 rest stop 3.4 miles away. He brought us to the grocery store, and then to his home. I took my first shower in nearly 300 miles! Johannes made a great dinner, and we had a relaxing night chatting with his roommates and him in their backyard. 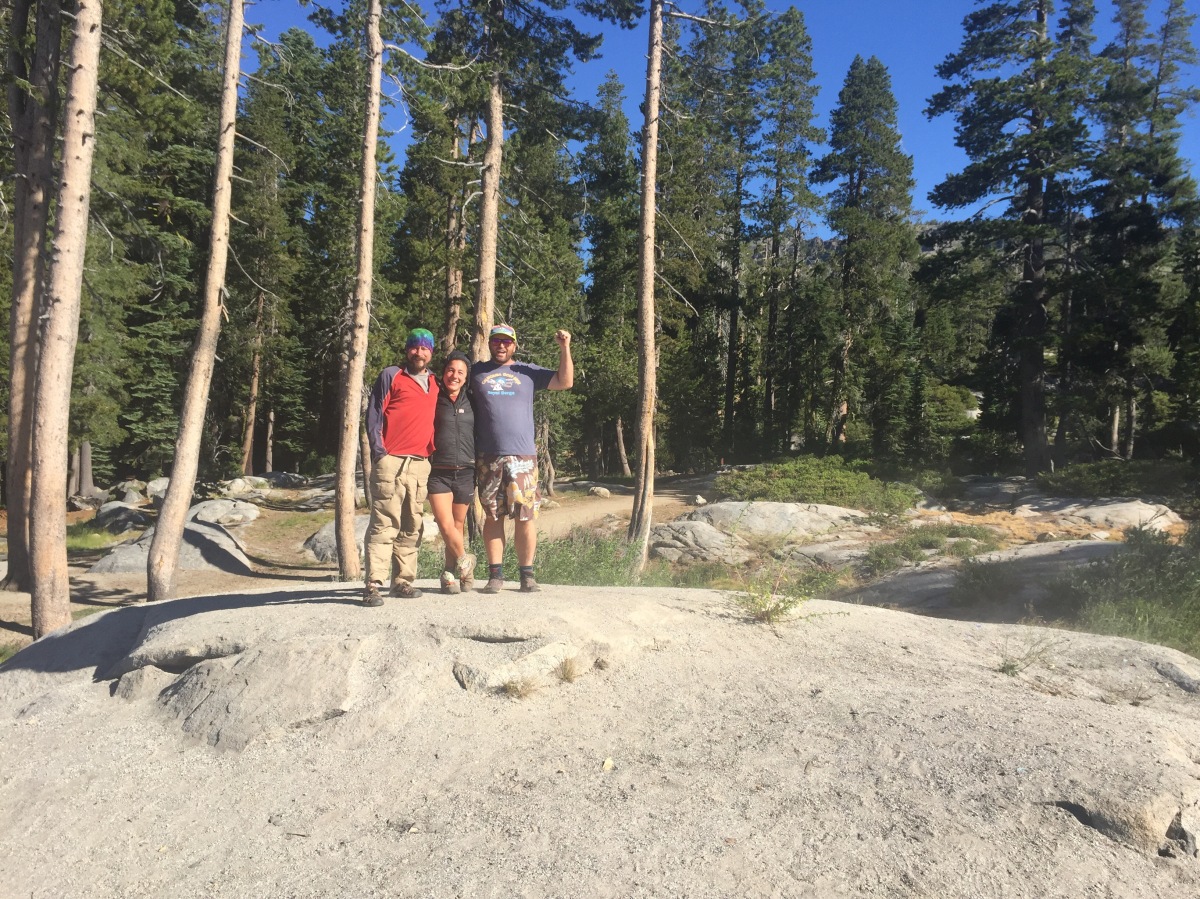 The next day he drove us back to the trailhead (with a quick stop for us to pick-up a coffee and bagel sandwich), and we started hiking a little after 9am. The day was easy, and the trail kept undulating between the ridge and the valley. We called it an early day, as Garrett’s feet were a bit tender from some blisters he is recovering from. We found a nice spot by a stream, started a campfire to try a keep the bugs away, and ended our day.