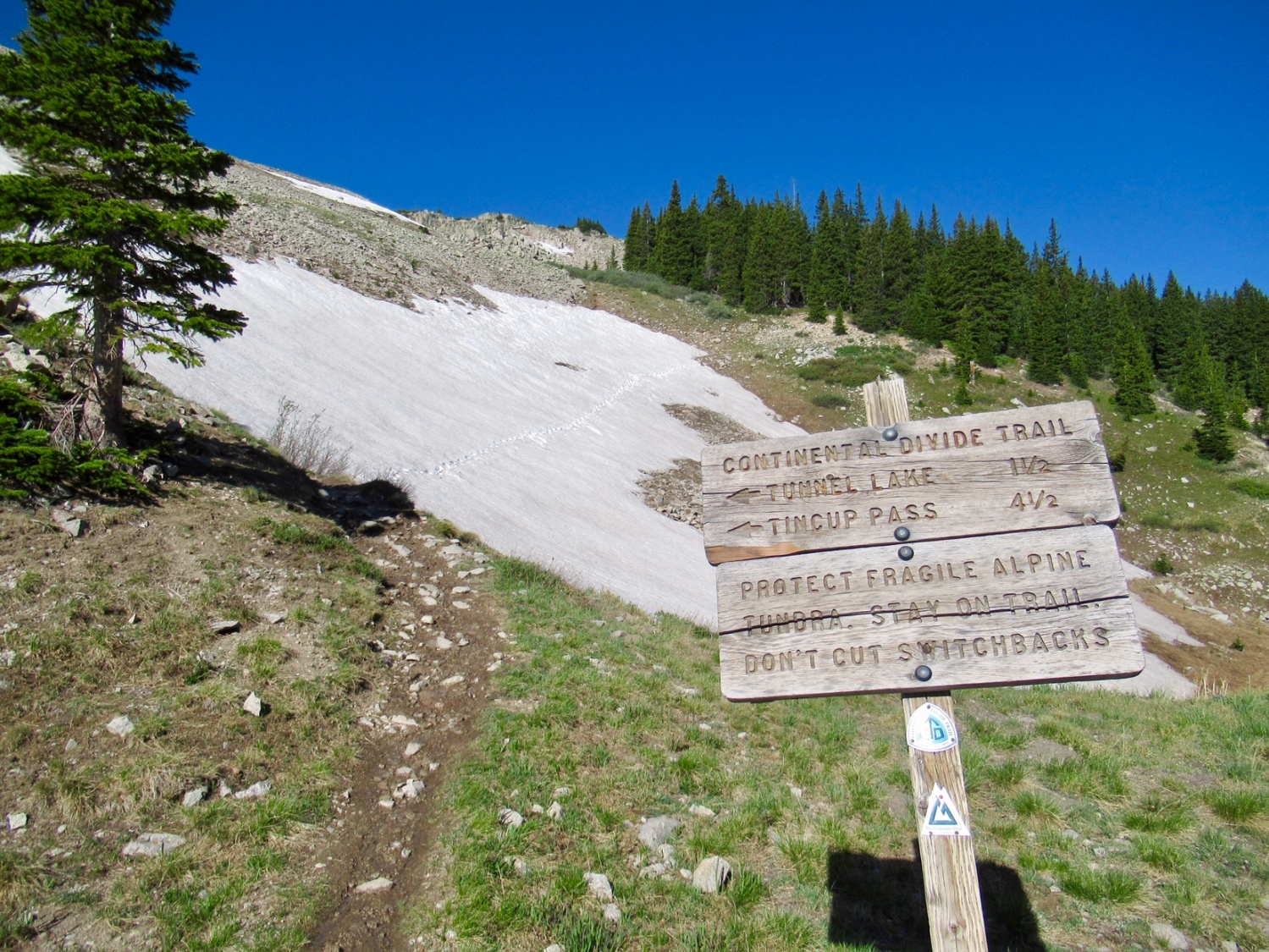 Whenever I end a previous days blog post optimistic about the next day, it always seems like the CDT has other plans. Not that today was a bad day, but we just barely managed to eke out 2.5 miles more than we hiked the day before, despite hiking three hours longer.

We started the day off a little earlier than we have been, and walked out of camp by 6:40am. The morning was a mild walk down a dirt road, that soon connected with the Alpine Tunnel ATV road, sloping up again. The road was currently closed to ATVs, so we had it all to ourselves. The trail was established on an old mountain train track, so while the tracks were gone, we walked over old rail ties left behind. 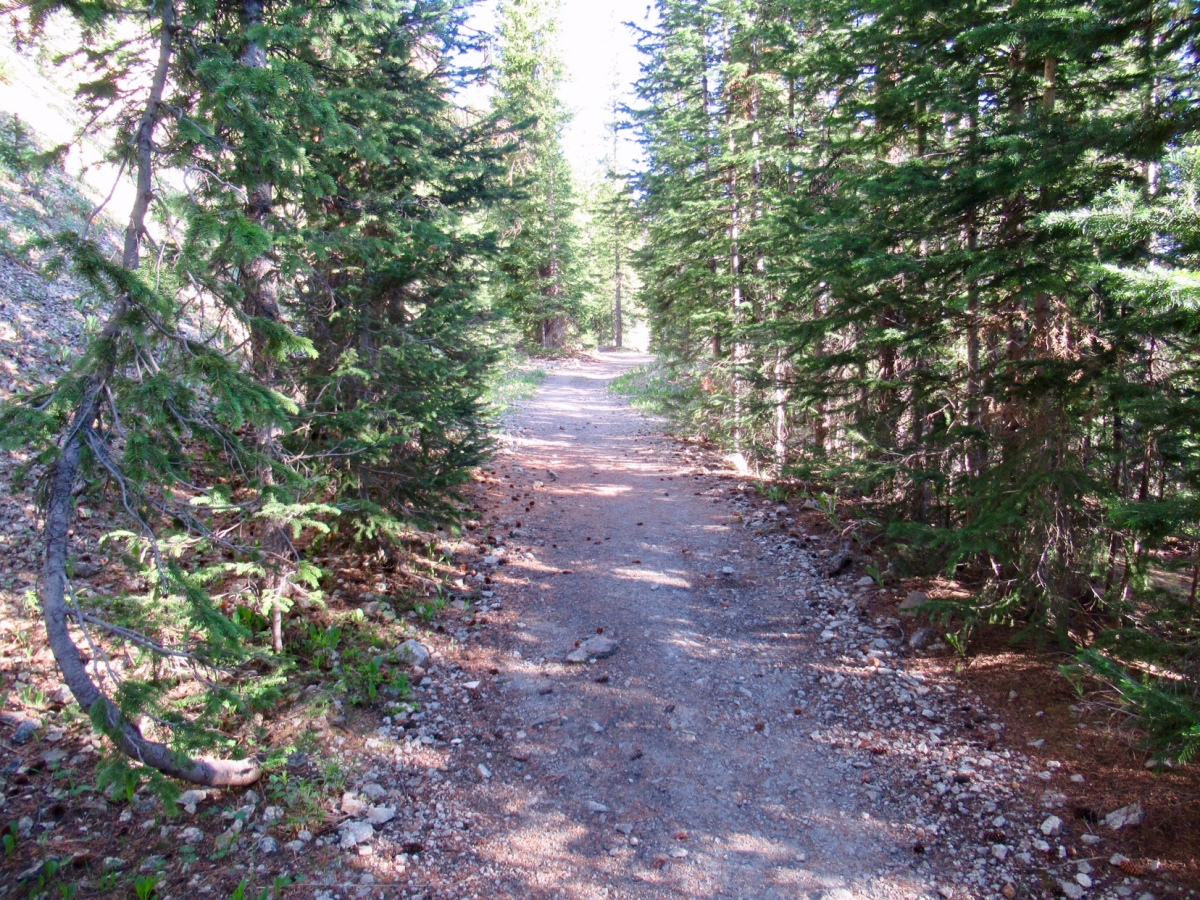 The trail eventually left the road, and headed up towards a pass. There was a snow field blocking the trail that we didn’t want to cross because the snow was slushy, so we scrambled up the nearby rocks instead. After a little more climbing, the trail zigzagged down to the valley below. We made it back into the trees, which was a nice refuge from the sun, but had to crawl over and under some downed trees along the way.

By the time we made it down to the valley, it was after noon and we’d barely gone ten miles. We stopped for lunch, and I was tempted to take the Mirror Lake Alternate that branched off from this point. The Mirror Lake route was the old CDT, and follows an ATV road for 22 miles, mostly flat. The CDT now climbs up several thousand feet, and then ungulates steeply for 27 miles before meeting up with the Mirror Lake route. I was tired, and disappointed in myself for wanting to take the easy way out. I hoped Garrett would suggest we take the Mirror Lake way, but after seeing half a dozen ATVers drive by and kick up dust, it didn’t look that inviting to either of us; so up we went. 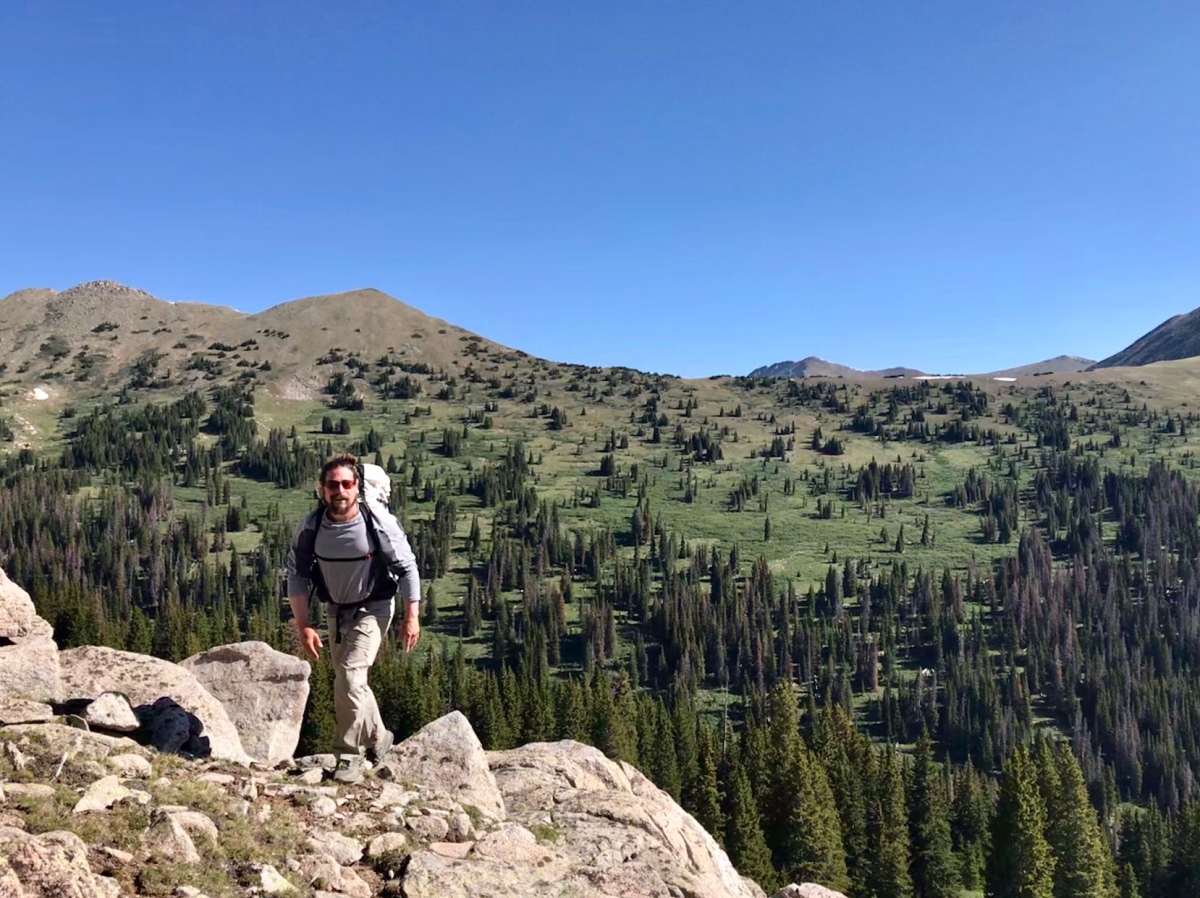 The trail switchbacked for a couple miles up to a pass, and then opened up into a beautiful alpine bowl. We walked on the side of the bowl, up to another pass, and then dropped down into another bowl. The scenery was gorgeous, and immediately made the decision to come up to the mountains worth it; after all, this is why we hike, to experience pristine backcountry like this.

At a water break we realized that the mileage to get to our next resupply was off by five miles, as the guide we used to calculate distance between stops used the old CDT Mirror Lake mileage instead. Ooph, while five miles isn’t that big of a difference, it seems like it will make us too late to have lunch at Twin Lakes like we hoped. Fortunately, we have extra wraps and peanut butter to get us there, and maybe tomorrow we’ll be able to turn the jets on and hike over 20 miles again. 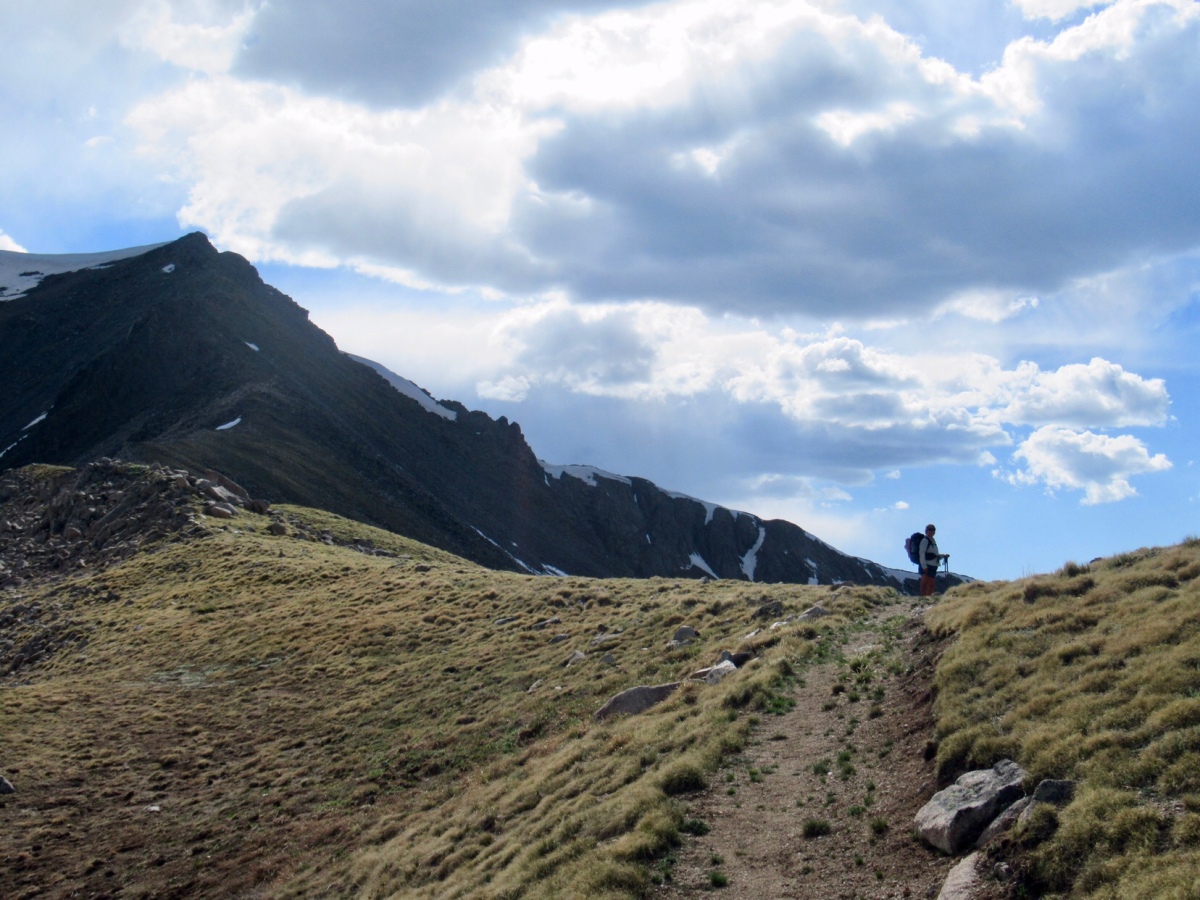 We decided to camp a little before the last water we’d pass for eight miles or so. The trail didn’t look like it went past any flat ground, so we hiked 300ft down from the trail to what looked to be, and thankfully was, somewhat flat ground. We made dinner, and crawled into our tent just as the wind started to pick up.