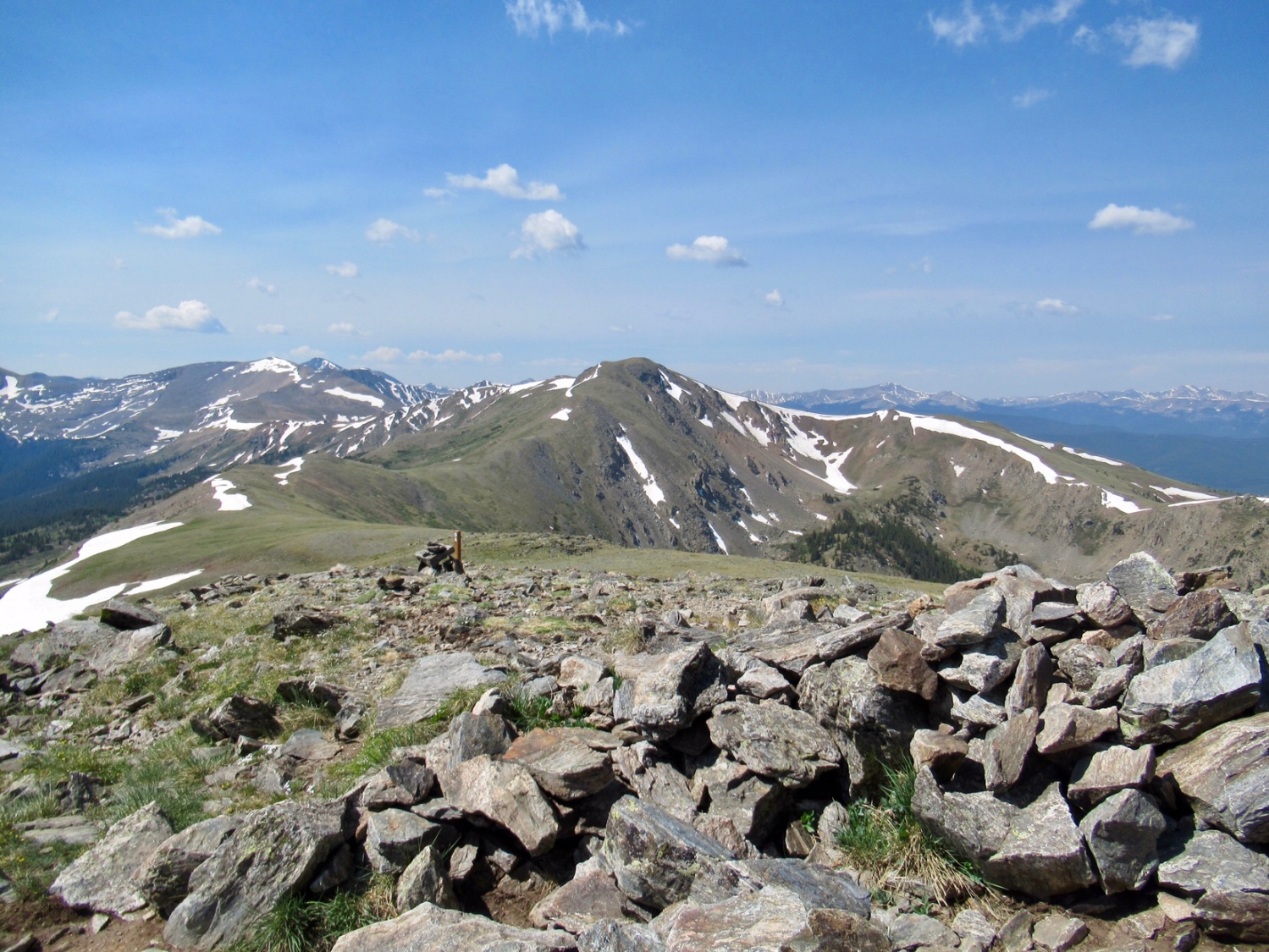 Despite yesterday’s disappointing mileage, I woke up refreshed and ready to see what the day had in store. We made it out of camp early again, and began our climb up to the pass. The trail was a mixture of shattered rock, and dirt sections, as we crisscrossed up the mountain.

From the pass we headed down hill and sidehilled the mountain, and encountered snow on the trail a few times. Most of it was avoidable, or passable, and didn’t give us much trouble except for a few icy patches. We climbed up towards another pass, and on the way down we met three men hiking a section of the Colorado Trail. We chatted with them about the upcoming trail conditions, and transportation in and out of Breckinridge. I have my 20 week ultrasound scheduled there next week, and fortunately we have lots of options to get there from nearby towns depending on where we are in the trail. 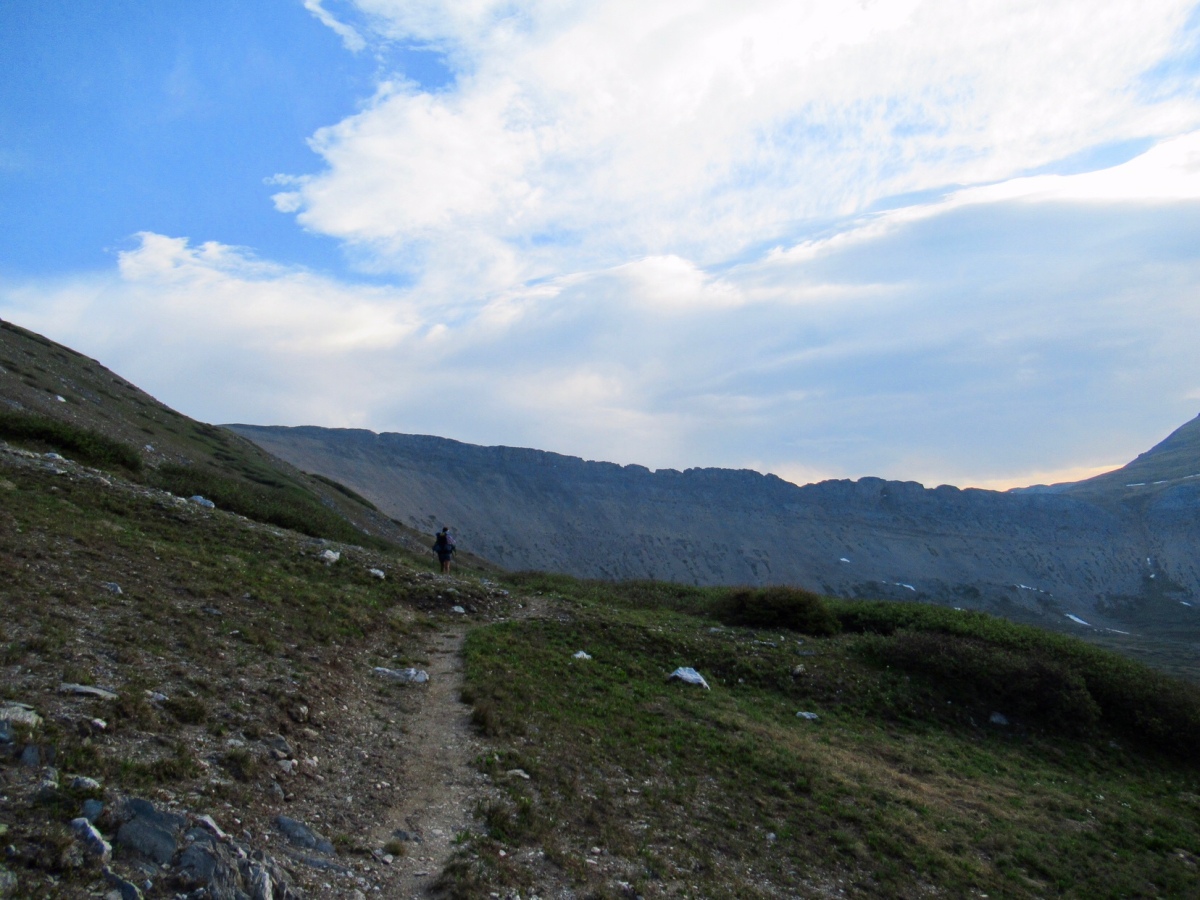 We said goodbye, and finished the last three miles to Cottonwood Pass quickly. Near the trailhead we ran into another man who stopped to chat. I was getting a little antsy, as we’d already stopped to talk for awhile not too long ago, and before that we had taken a break to look at our maps to see if there was a shorter way to Twin Lakes (there wasn’t). But we stopped, and once he found out we were thru-hikers, the man told us he had lemonade, coffee, and bananas down at his car in the parking lot that he’d brought for hikers. Trail magic!

We took another break at his car to enjoy the treats, and then continued on down the CDT into the Collegiate Peaks Wilderness. We stopped for lunch at a stream after 9.9 miles around noon. We weren’t moving as fast as we’d hoped, but we were okay with that. I felt great, and was enjoying the hike, and that’s all I can really ask for. While we were running a little low on food, even if we didn’t make it to Twin Lakes by the next night we’d have enough; we would just have replace hot dinner with granola bars and peanut butter. 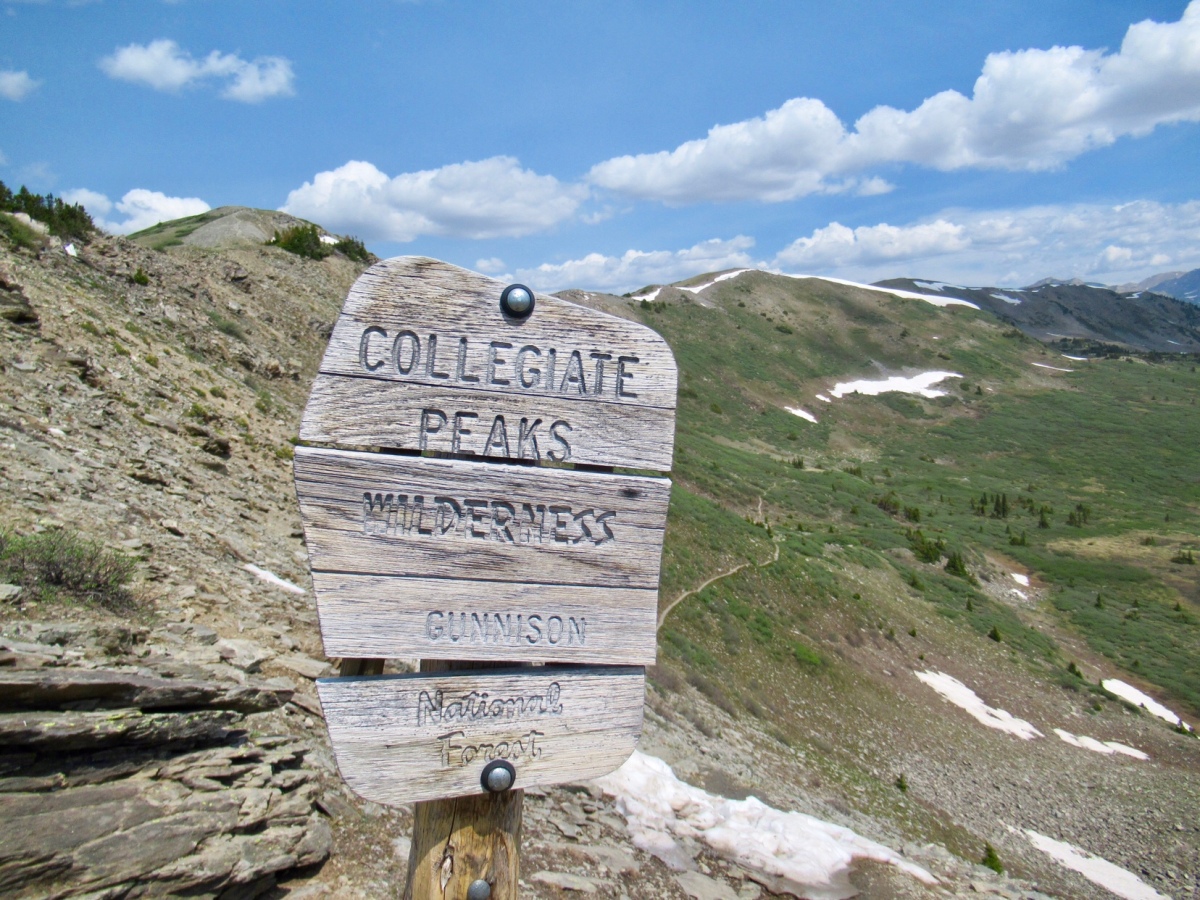 We descended down towards Texas Creek, which when we arrived we discovered we’d have to ford. Since we didn’t expect any other fords for the day, we took our shoes off to keep our feet dry. There were a few other creeks to pass, but we made our way across on a variety of logs, big and small.

We ran into another group of men out for a section hike. They complained that their packs were heavy with too much food, and I mentioned we might not have enough. They didn’t take the bait though! Later we passed them as we hiked up our last climb for the day.

We made it to a stream with nice camping, after 19 miles of hiking. It was 6pm and we had two options, to camp here, or to continue on 5 miles up and over Lake Ann Pass. Best case scenario, we’d get to the other side of the pass by 8:30pm. It would still be light outside, but we decided we should save our energy to push for a bigger day tomorrow to get into Twin Lakes. We camped 22 miles away, and that shouldn’t even be a big day, it’s just that we’ve had trouble hiking over 20 miles this section. We shall see! 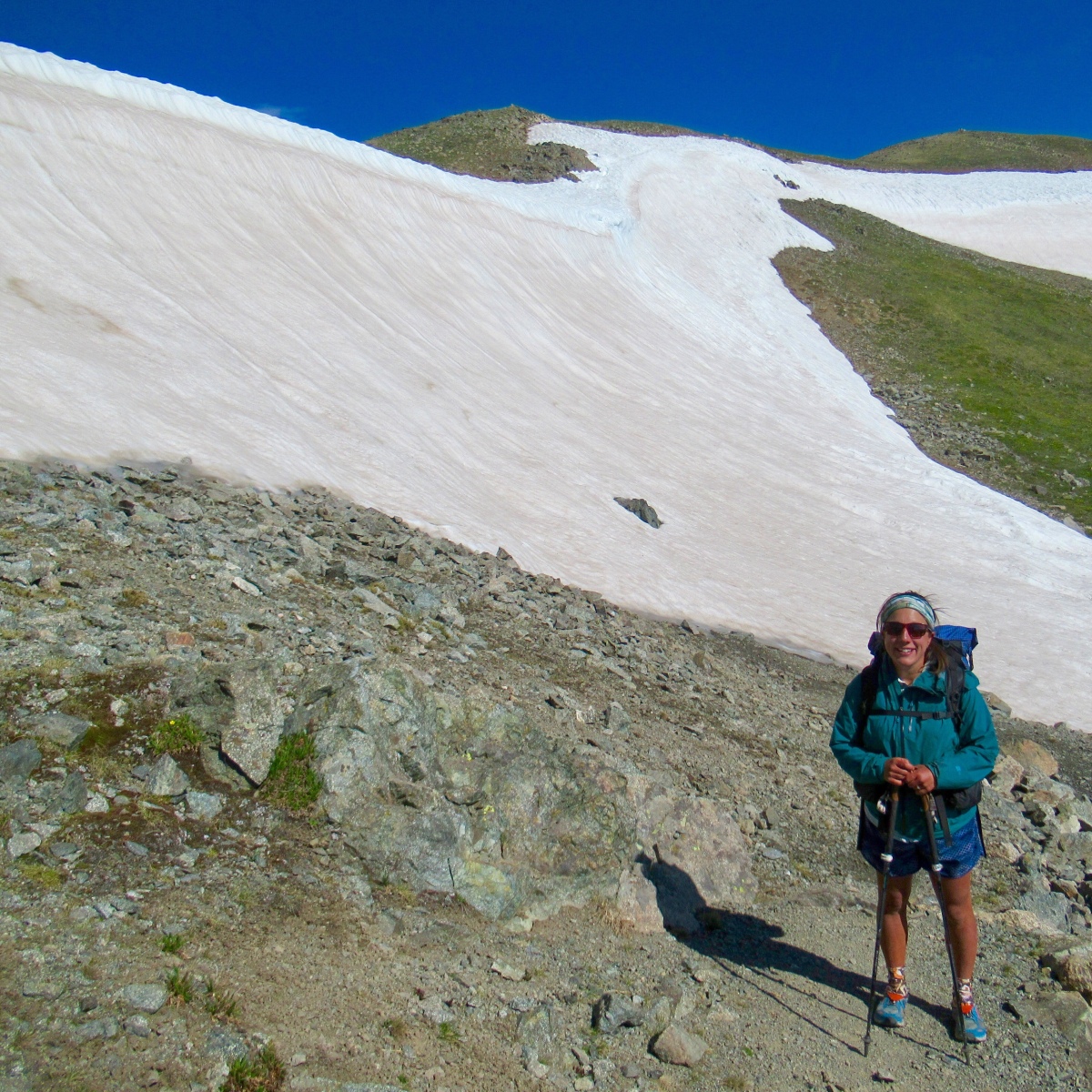