From our campsite we started downhill for a couple miles, and then started back up again. Whereas New Mexico seemed to be all flat, Colorado is anything but! It seems like so long ago, I’ve forgotten what it’s like not to hike uphill just to go directly downhill. We stayed mostly in the woods, and after five miles we finally reached the top of the last hill. There was a little bit of snow to bushwhack around, but other than that it was a relatively easy climb.

On our way down we met Flowers, who was hiking the Colorado Trail. We chatted about trail conditions, and then discovered we both were on the PCT at the same time. We don’t think we met each other on the trail, which isn’t unusual. We’ve met almost a dozen other hikers on the CDT this year that were on the PCT in 2016, none of which we ever met.

We stopped for lunch, and played whack-the-mosquito with one hand while eating with the other. The mosquitos aren’t too bad, they are much slower and smaller than the ones we encountered in the Sierra on the PCT, but they are still an annoyance. No complaints though, we’ve been on hikes before where stopping for lunch in a swarm of mosquitoes is a near impossible feat.

After lunch the terrain was supposed to be easy, a gently sloped downhill, but I was feeling tired. We’d hoped to get close to 24 miles for the day, and still had about 14 miles left to achieve that. My legs weren’t feeling it, but we pressed on and by late-afternoon I was getting my second wind. We wanted to camp in the valley before the next climb started, but didn’t have any luck, so up we went. Fortunately, we found camping not too much later by a raging brook. We ate a quick dinner, and fell asleep soon after.

Because of hiking a few more miles than anticipated, the next day we only had 14 miles to Copper Mountain, a ski resort complex where we planed to go into town. What town, and how, we still weren’t sure. Unlike other spots on the trail, there were three different route options and two different towns to consider. We figured we should just get there first, and then consider our options. 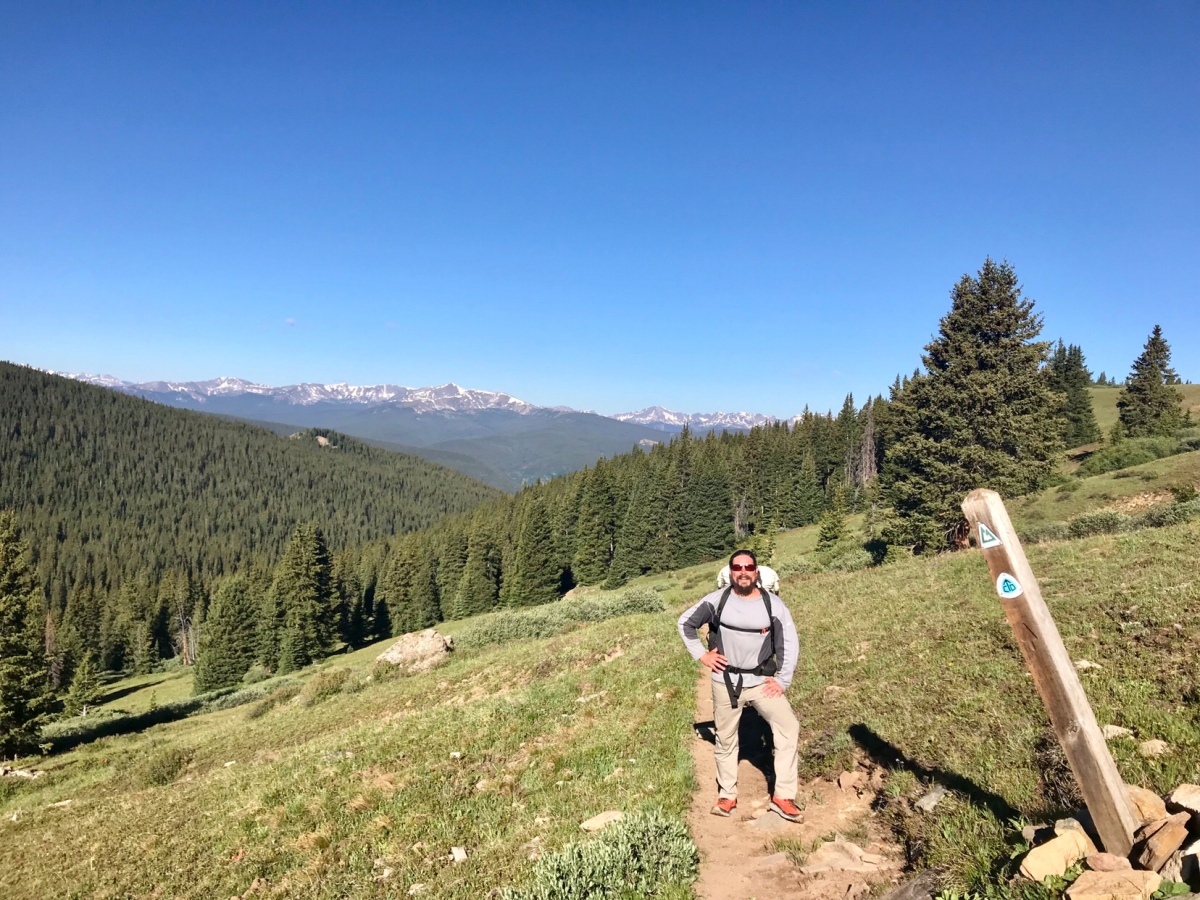 In order to do that, we had one last climb up to Kokomo Pass, and then a beautiful hike through an alpine valley. Unlike the previous day, the miles came easily and we found ourselves at Copper Mountain a little before 2pm. The complex was sprawling, with multiple restaurants and a roller coaster! We had to decide if we wanted to go into Frisco or Breckenridge on the free bus, and to get to Breckenridge we had to take the bus to Frisco anyway, so we tried to find the bus stop. We found a bus, but it wasn’t the one we needed. The driver was off duty, but he offered to drive us the quarter mile to the correct bus stop so we wouldn’t miss it. He dropped us off, and as we were waiting for a bus, a woman we saw trail running earlier offered to give us a ride to Frisco, so we hoped in. People can be so nice, and we always appreciate the kindness! Once in Frisco we decided it was best to stay there. We’d been considering Breckenridge because we had a very important appointment there the next day, my 20 week ultrasound, but Frisco was actually closer to the doctor’s office and much less expensive.

The next morning I kept my nerves at bay, we did some errands, then packed up and got on the free bus down to Breckenridge. There was a stop right across from the doctor’s, and we arrived in plenty of time. As I was filling out the paperwork, a nurse came in to inform us that someone just went into labor and the doctor would have to reschedule for later that day. We hoped on the bus again, had lunch, then returned with fingers crossed there wouldn’t be any other issues. Fortunately there wasn’t, and finally we were able to see the baby on ultrasound. Our first ultrasound was early, and Piglet just looked like a little blob. To all the sudden see two perfectly formed feet on the screen nearly took my breath away, and as he doctor went through the scan showing us the baby’s arms, legs, and face the more relaxed I became. We decided not to find out the gender, so we’ll have to wait and see if we’re having a boy or girl until birth!

This hike has been marked by pregnancy milestones instead of hiking ones. This ultrasound was more important to me than any other milestones on this hike, and really any other milestone on any of the trails we hiked. To make the day all the more sweeter, my Dad happened to be in Boulder for a few days and was able to meet us for dinner. As far as zero days go, this was the best one yet! 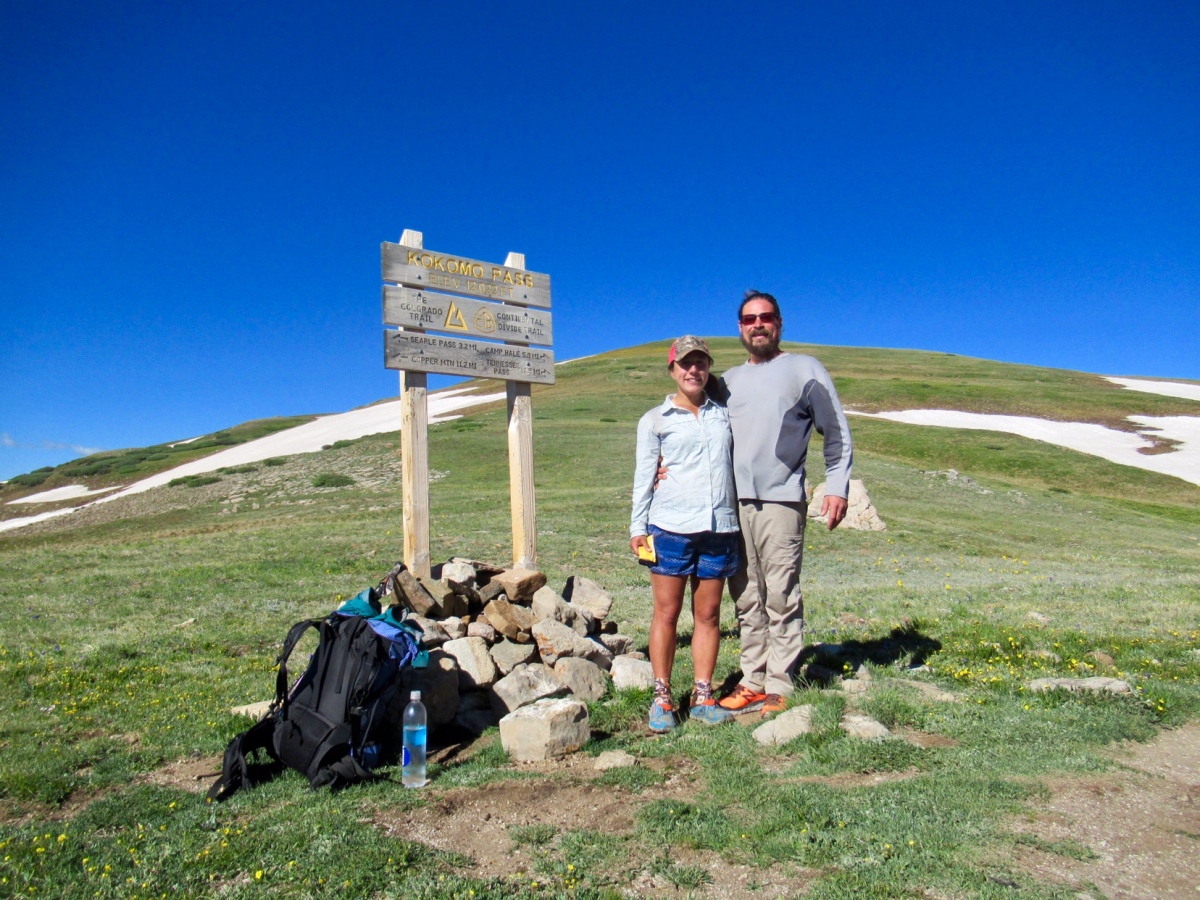