Unlike other towns where we normally have to hitch to get back to the trail, we were able to use Summit County’s transit system to hop on a free bus back to Copper Mountian. We were undecided if we should catch the 7:30am or 8:30am bus, and about five minutes before the earlier one we realized we were ready; so we hustled our of the room and dashed across the street just in time to catch the bus. Once at Copper Mountain, we walked back to where we came off of the mountain to orient ourselves, and also grab second breakfast at the Starbucks. Then we headed out of the resort on the Silverthorne Route. Before we got too far, we ran into Fifty, Dirtbag, and Constantine waiting for the bus into Frisco. We hadn’t seen them since Pagosa Springs, so it was nice to catch up. We eventually started in our hiking day around 9am, not too bad for leaving town, especially with all our extra stops. 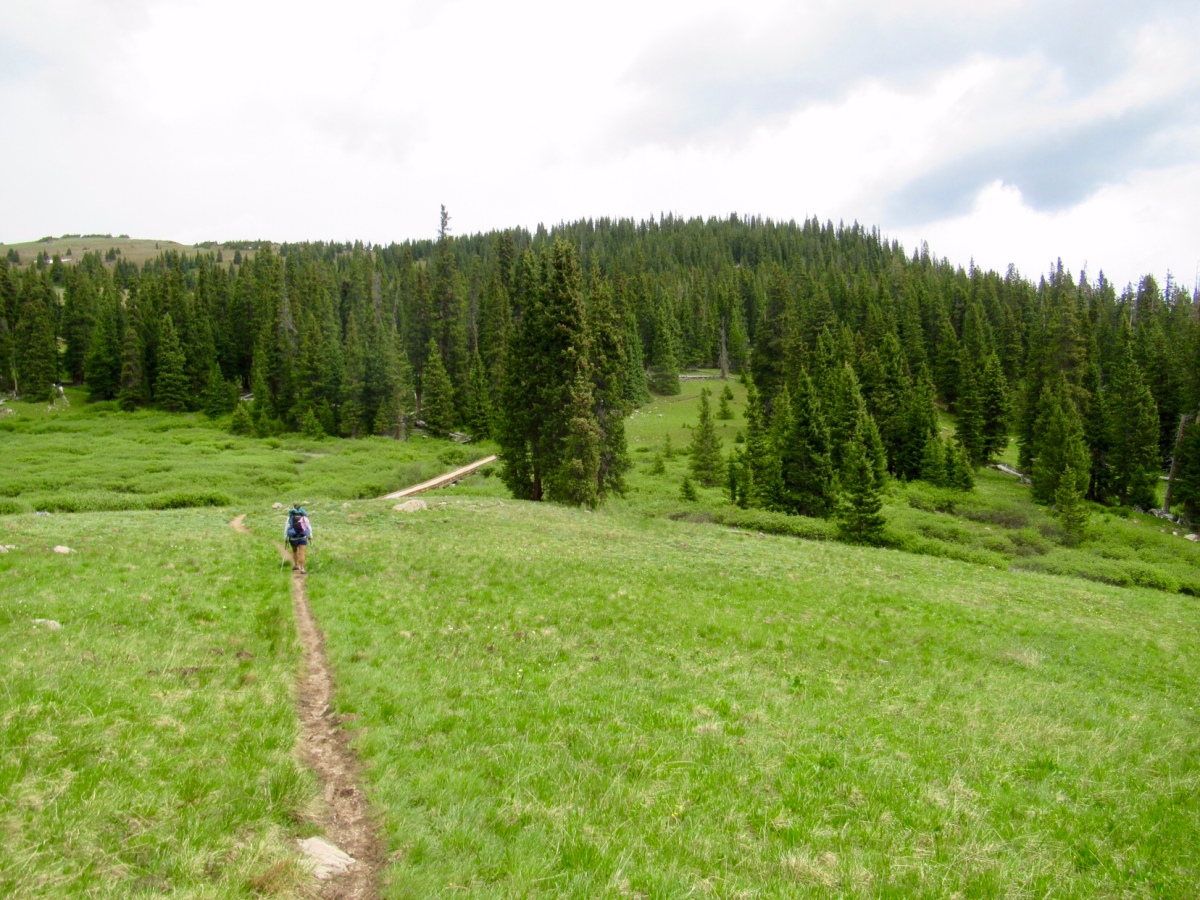 I’ve mentioned alternate routes before, but perhaps I haven’t explained them that well. We are hiking the CDT, which has a long tradition of choosing your own way to walk from border to border. Unlike the PCT and AT, both of which are very well established trails, the CDT is newer. Changes are made frequently to the trail, and some sections are still essentially cross-country travel where there is no real trail to follow. The Continental Divide Trail Coalition just released a map set for the trail this year, we decided to carry that with us for navigation. We also use Guthooks, which is a GPS enabled app on our phone that allows us to see the CDT on a map, with waypoints marked along the way. Furthermore, we use Gaia (another app), that allows us to download detailed maps of the area surrounding the trail in case we need to find another way off the trail, and just to help clarify where we are. Finally, we carry paper copies of Ley’s maps when we take his suggested route when it diverges from the “official CDT,” as well as having his complete map set downloaded to our phone as well. Jonathan Ley’s maps have been used by CDT hikers for many years, and his suggested route isn’t always the actual CDT. A better term to describe the “official trail,” is the Continental Divide National Scenic Trail (CDNST). I think it is rare for anyone to hike the CDNST in its entirety in a thru-hike. It’s not because it’s mileage is close to 3,100ft; it’s because there are a few popular sections of the CDT not on the CDNST that hikers often decide to take, like the Gila River Route instead of the arid Black Mountains.

This is a long way of explaining that we diverged from the CDNST again to take the Silverthorne Route (which used to be the old trail anyway). We decided to take it because it’s shorter than the CDNST, but goes through beautiful scenery. Most importantly, it is lower in elevation; while the official route is more rugged and stays consistently at a higher elevation. Normally we’d be up for the climb, but with the baby growing, we both need all the oxygen we can get. 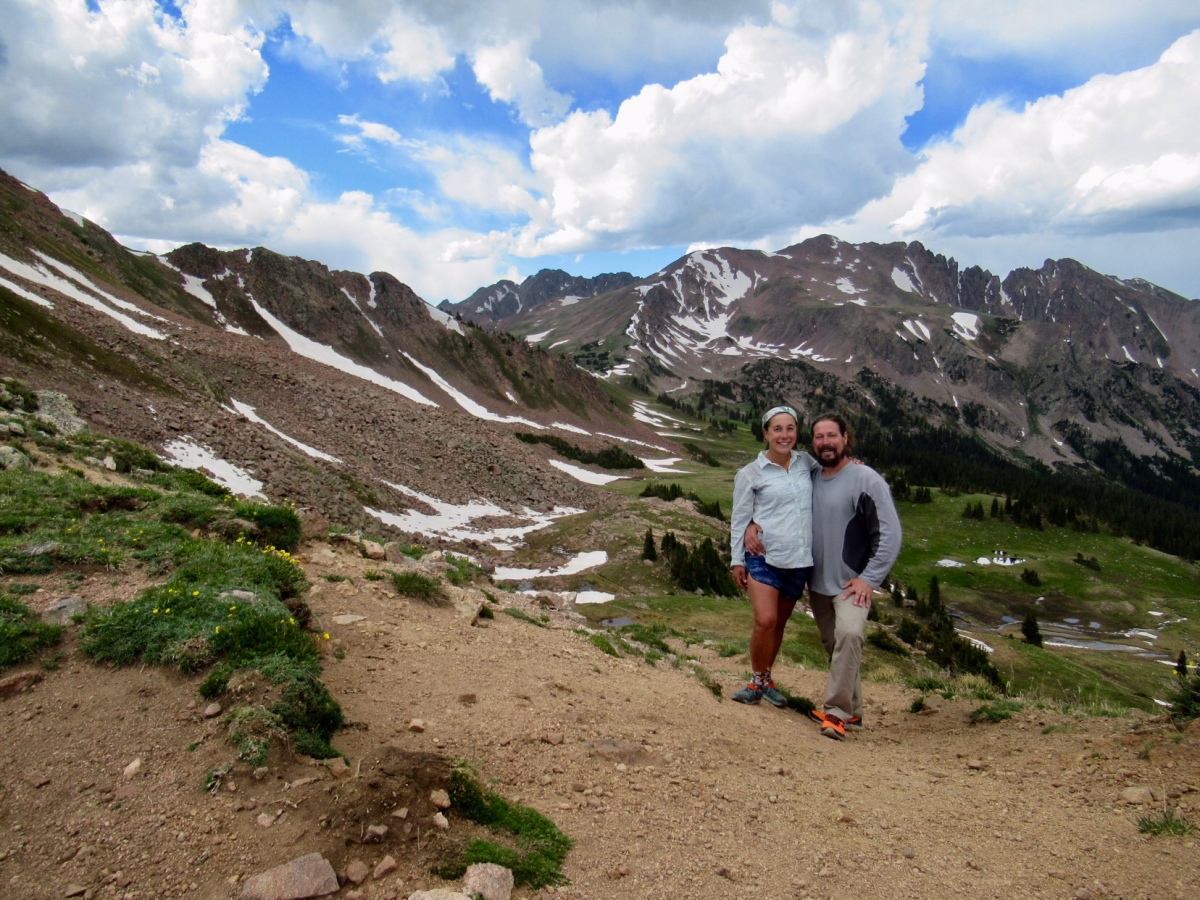 As promised, the route started out beautifully, as we quickly got away from busy I-70. There was a little rain in the morning, but it quickly dried up and we stopped for lunch shortly there after. We could see the mountains whence we’d came from most of the day. We finished our climb up to a pass, then headed downhill for the afternoon, before climbing back up our last pass of the day. On the other side we lost the trail briefly, and when we found it again it didn’t seem much to matter because there were so many dead trees down on the trail. We picked our way around them, and found a nice patch of ground surrounded by live trees to camp for the evening. While a couple nights in a hotel are always nice, it always feels like coming back home to crawl into our tent for the evening.