Despite falling asleep before 9pm the night before, I slept in until nearly 6am. I must have been tired! Despite the extra half hour of sleep, we managed to make it out of camp only a few minutes later than usual.

I’d been nervous for this climb up James Peak since I’ve been feeling tired and moving slow uphill lately. But much like Mt. Flora the day before, it wasn’t as arduous as I’d anticipated. We used the road to hike up two miles to Loch Lomond, a picturesque alpine lake complete with a waterfall tumbling into its waters.

From there we rejoined the trail, and hiked two more miles up to James Peak. Along the way we saw a couple of ptarmigans, one of which squawked at Garrett as he passed by. In Colorado, White-tailed Ptarmigans only live in at high elevations in the mountains, and kind of look like the Furbies of the birds with their fuzzy legs.

At the top we met a man who works with his wife making lightweight pack rafts for backpackers. Supai makes rafts weighing in at 1.5lbs, with a collapsible paddle weighing 14oz, for a complete set coming in at just under 2.5lbs. While most backpacking trips thankfully don’t require a pack raft, there are some trips worth going on that require a raft to cross a gentle section of river or just for fun in the backcountry. We’ve already thought of several trips that could be made better with one!

From James Peak we climbed down to the ridge, then rejoined another road for nearly six miles. The road was flat, but my legs were tired from the morning’s climb. They couldn’t take a rest yet however, as we had a hilly three mile section left before we could start the long hike down and out of the mountains. As we started the downhill, we heard thunder, and it started to rain. Garrett pulled out his umbrella and I my rain jacket, and we continued on.

We found an okay spot by a creek, but decided to take our chances and continue on down the hill for a little while longer. We hoped the rain would pass, but soon thunder rang out again, and we quickened our pace down the trail. We stopped only when we saw a moose with her calf. They were standing in the middle of the trail, and we stopped to give them a wide berth. They didn’t seem too interested in moving, so Garrett politely asked them to move off the trail, and they obliged. Moose are quite reasonable after all.

Soon after we found a decent spot to camp, and set the tent up certain the rain would start at any moment. A few drops fell softly, by that was all that came from the commotion. We were able to eat dinner and stay dry outside of the tent, and the mosquitoes seemed to be kept at bay, unsure as well if the rain would fall. As the clouds parted, the mosquitoes ventured out, and we ducked into our tent for the night. 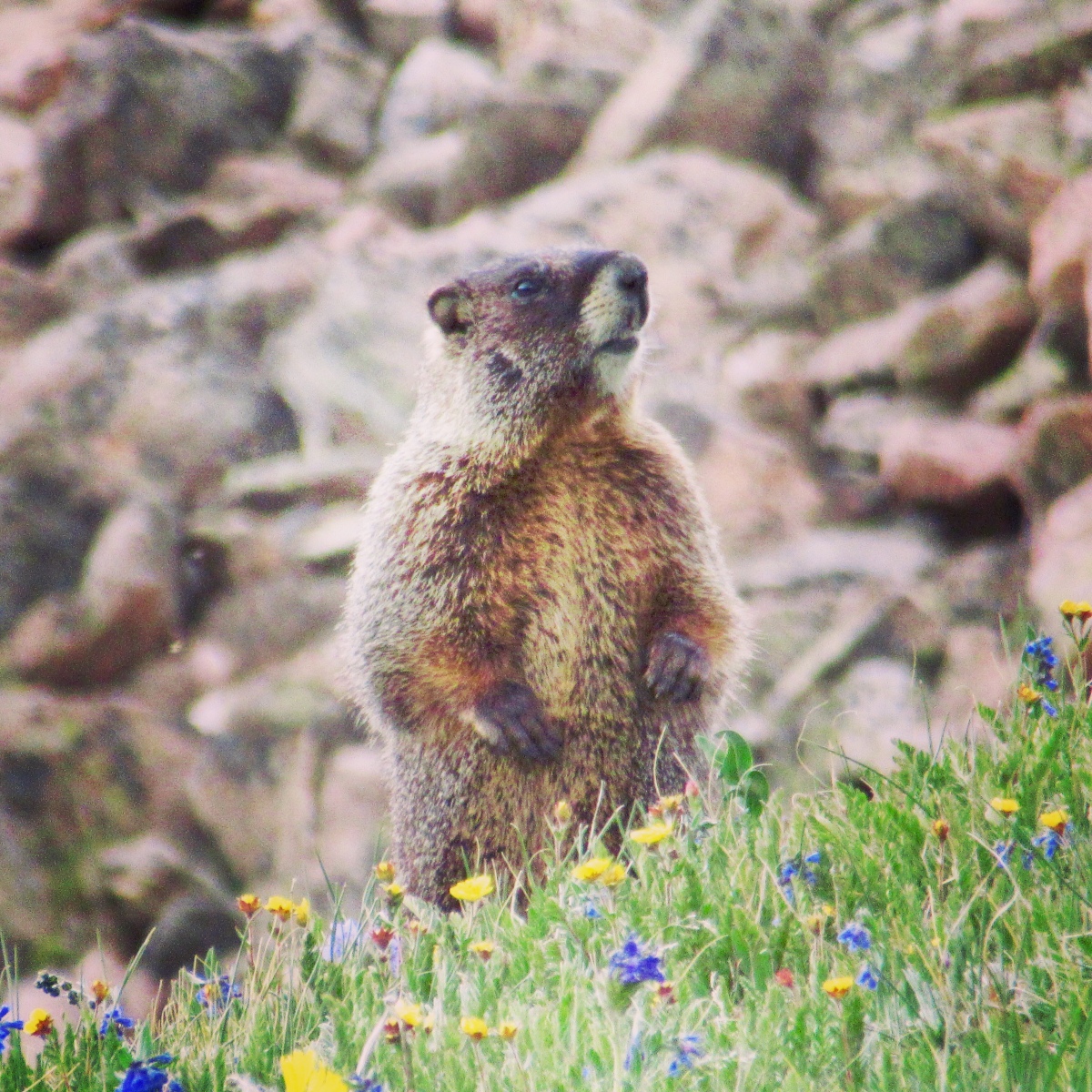