We had rain off and on all weekend here in the woods and there was something very calming about the weather. It was one of those rains that when it started on Saturday before the birds even started chirping (and they start chirping around here before 4am!) you knew it was going to rain for quite awhile. Everyone once in awhile the sky would peak between the clouds, a quick reminder that there was hope for sunny weather again. I was pretty content with the rain, it was a nice excuse to stay inside for a bit. I think my body needed a break from all of the exploring I’ve been doing. Another creature that has been doing a lot of exploring is this snapping turtle that ventured up to camp on Friday.

At first I thought it was a large rock in the middle of the driveway. You might not be able to tell from the pictures, but the turtle was easily two feet from snapper to tail. While she was here she covered some ground, too! I’d look out the window and see her slowly moving from the bunkhouse, to the bathhouse, to the shed, down the driveway, and back again. No sign of the turtle (or her mate) the rest of the weekend, so I hope that means they’ve laid their eggs and that one day I’ll be surprised by a line of baby snapping turtles. If I do see the turtle again I doubt she’ll tell where her nest is; she looks to have a pretty serious poker face.

There was also, of course, time spent in the kitchen!  While I bake, and post, a lot of sweet things here like this flaky blueberry pie… 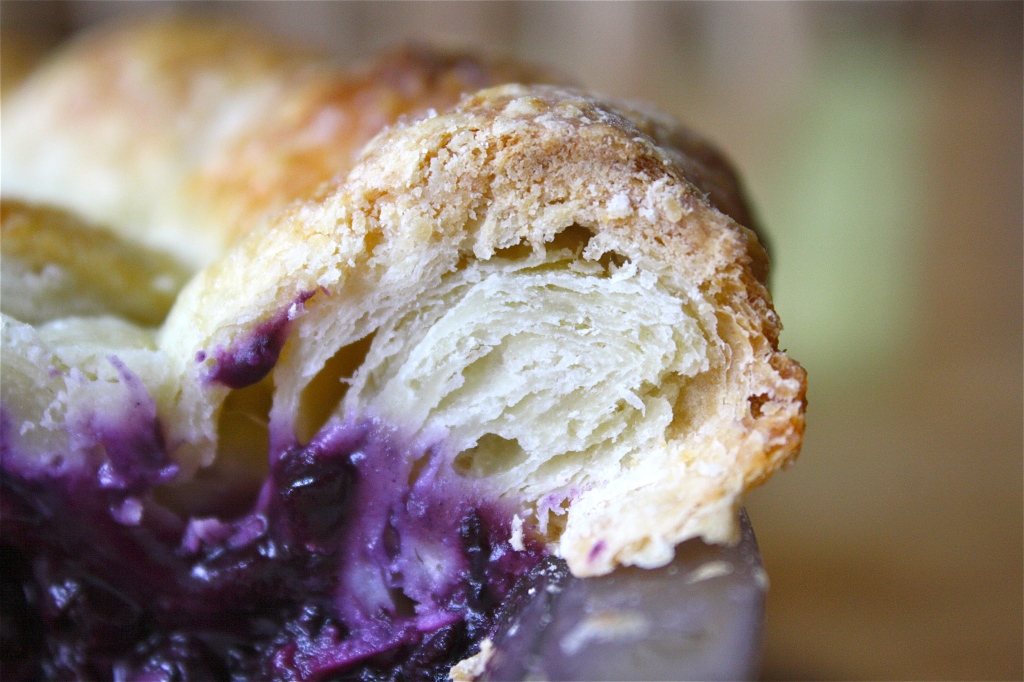 or this attempt at Mimi’s cookies (which she calls Grandma D cookies, who she learned them from)… 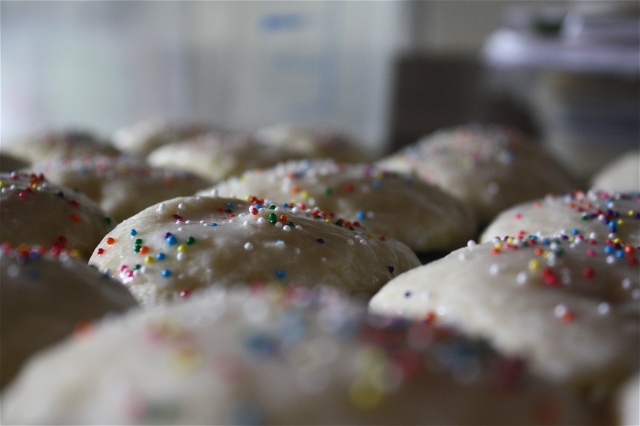 I also cook a lot of vegetables. Pound for pound, I probably cook more vegetables than sweets. And while it is easy to like sweets, most people don’t find it as easy to like vegetables. I have really never understood this. If you know me; you know that I love me some vegetables. A big crunchy green salad is one of my favorite things to munch, but I understand that others need some convincing. This kale is a good way to convince them. 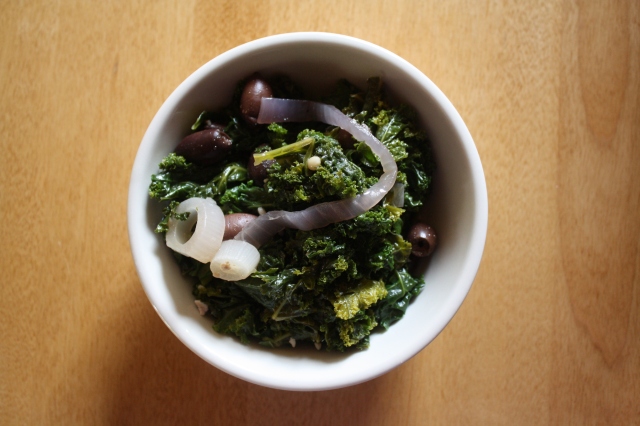 It’s also really simple and delicious. It involves a few ingredients, and can be on your table quickly. I sauteed a bit of red onion in olive oil until translucent, then added a very healthy dose of chopped garlic (2-3 large cloves) and a pinch of red pepper flakes. Next went a couple handfuls of kalamata olives and a bunch of roughly chopped kale (minus the stems). I added a bit of water to create some steam and covered the pan for about 5 minutes, to help soften the kale up. Once the kale looked cooked, but not limp, I removed the cover and let the residual liquid cook off. Out of the pan it went and into a serving bowl to be seasoned up with salt and pepper, and some Parmesan cheese to taste.

You don’t even have to use these ingredients. Swap the Parmesan for feta or goat cheese. Like anchovies? Then skip the olives and before adding the garlic, melt a few chopped anchovies in the oil. If you’re shopping the farmers markets in the northeast right now, there is a good chance that there are a lot of leafy greens. This would work with any sturdy, leafy green. The most important thing is that you like it. During the meal someone was overheard saying, “I think I want to have some more kale. I don’t even like kale!” It was one of the best things this cook has heard all season.

Wishing you much kale and many outdoor discoveries!