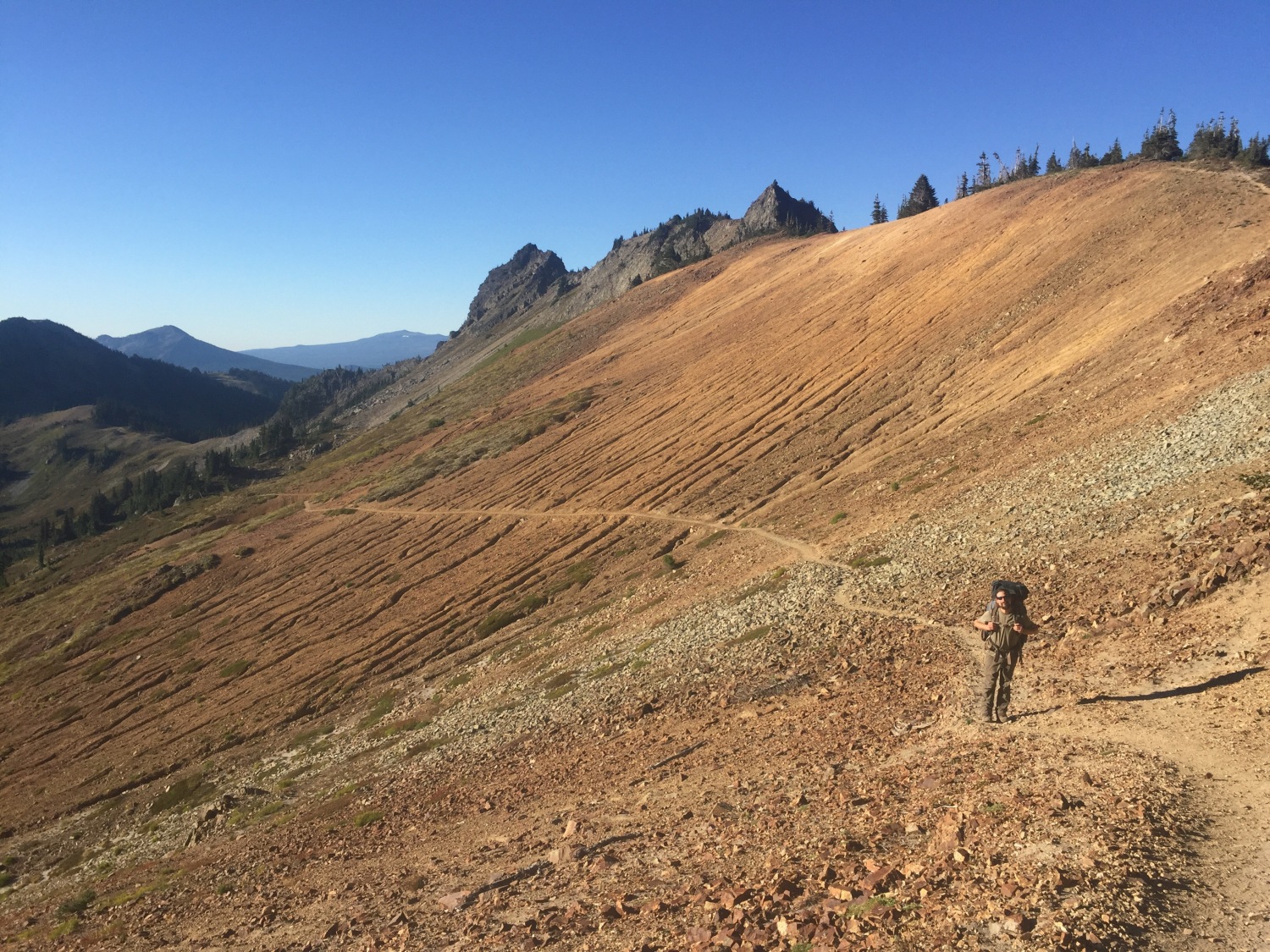 We turned our backs to Mt. Adams the second highest peak in Washington, continuing north towards the tallest: Mt. Rainier. It had been in the 40s the past few days, but it started to warm-up a bit thankfully. 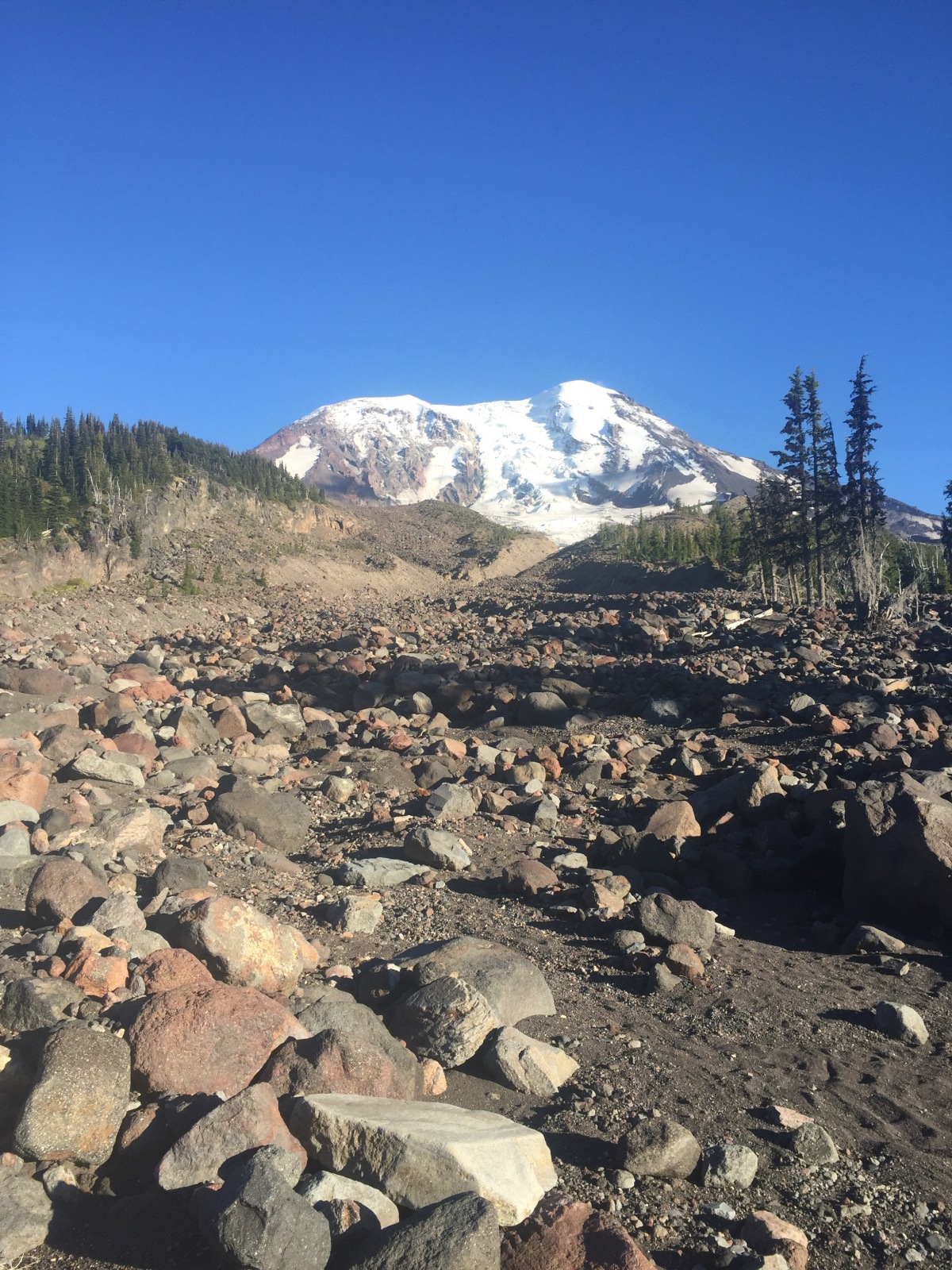 We fetched water from a spring coming straight out of a lava rock formation in the morning, then enjoyed a more flat than not hike for the majority of the day as we entered the Goat Rocks Wilderness in Gifford Pinchot National Forest. Later, we met Blink, a section hiker living in Portland, ME! He also works in restaurants, and is a similar age, so it was fun for us to trade tales about our stomping grounds. Towards the end of the day we started the first few miles of what would be almost a 4000ft climb, and camped above a lake that evening.

The next morning we continued to climb, and reached Cispus Pass. Shortly after we had second breakfast near a waterfall, and then continued up into the heart of the Goat Rocks Wilderness. 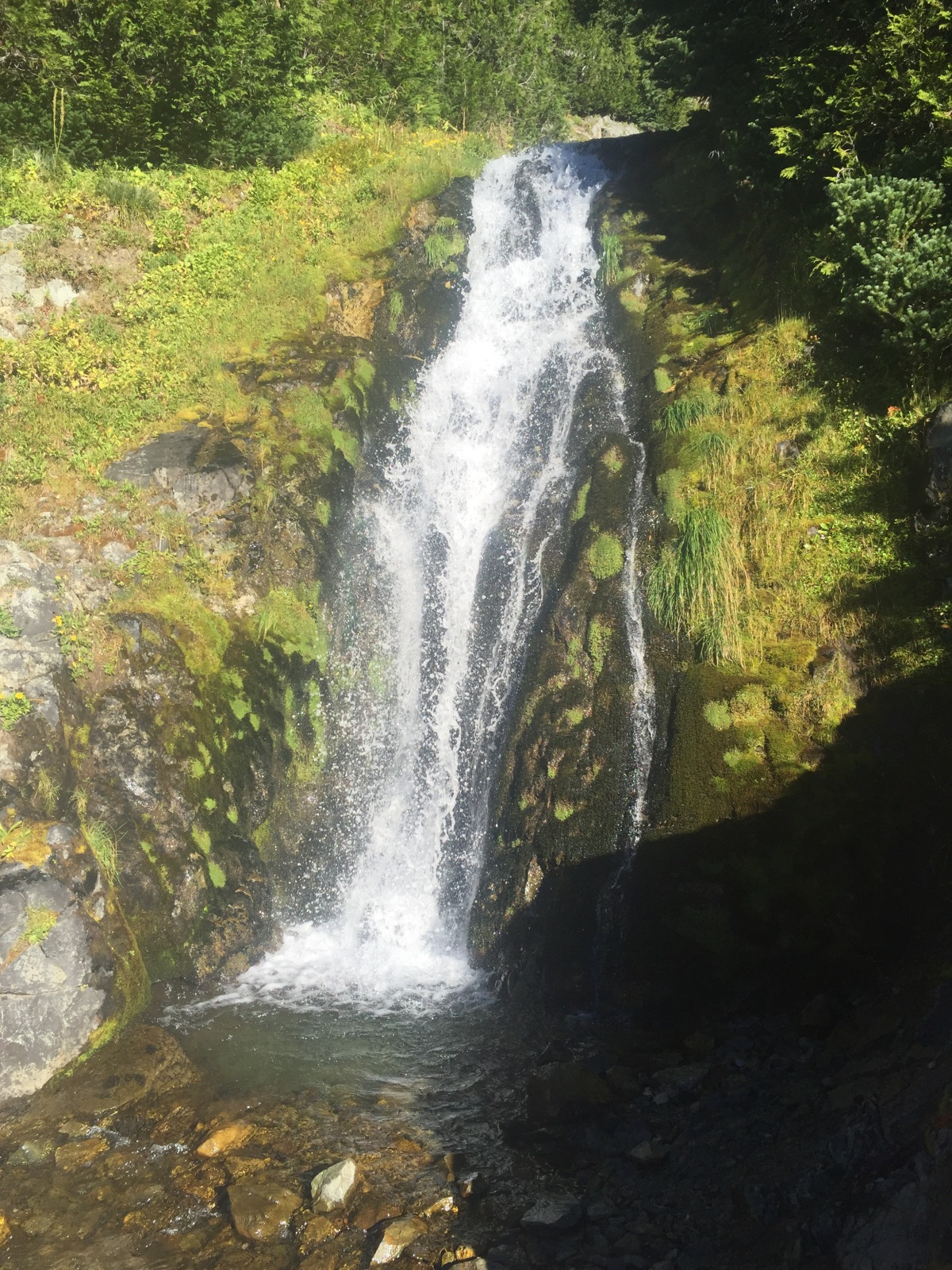 We found snow, and had to cross it for about 100 feet. It was surprisingly firm for being in the sun, and we imagine it won’t fully melt before the snow falls again this year.

We took a bit longer of an alternative route, where the old PCT used to go, to climb above 7000ft to the Old Snowy peak ridge, where we could see Mt. Adams, Mt. St. Helens, and Mt. Rainier. The ridge was a start of a knife edge (a trail on the narrow crest of a ridge), which rejoined with the PCT, and then continued for a couple of miles. 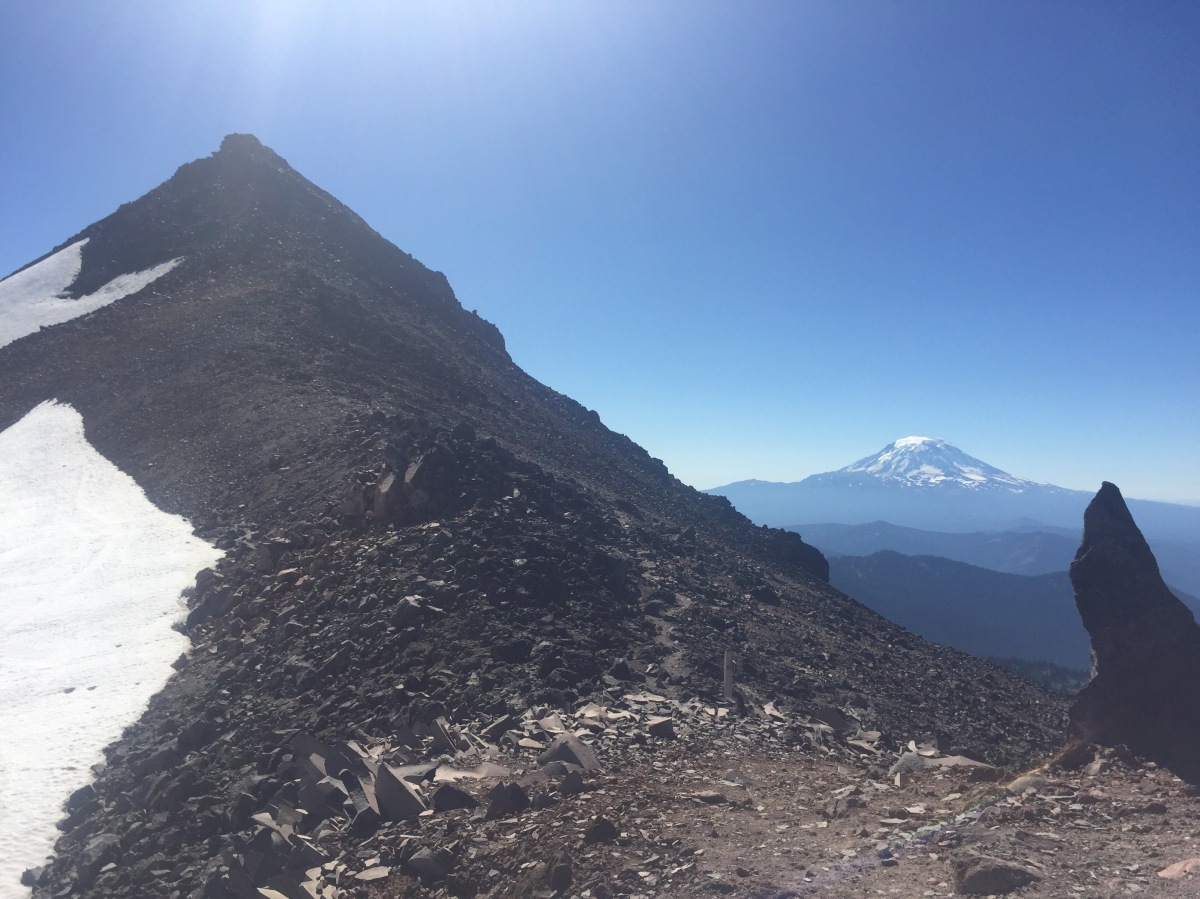 We stopped for lunch to take it all in. It was one of the most distinctive places we’ve ever been, and were in no hurry to leave! We started the hike down, and found a small place to camp in the woods that evening.

The next day we were excited to get into White’s Pass, where we had a package of food to pick-up. We hadn’t seen more than half a dozen hikers a day since Cascade Locks, but true to form once at the small convenience store (the only business at the pass!) hikers started appearing out of the woods. We spent four hours there sorting through food, calling home, and doing some odds and ends- and in that time, we must have seen at least 25 hikers. We got our fill of town food, but were even more excited to return to the quiet of the forest. We camped at Pipe Lake, and didn’t see a single hiker as we ate out dinner and set-up camp.